Amanda had to fly solo today to see Pigpen. He got back from vacation and said “looks like you’ve stayed out of trouble since I’ve been gone”. I really hope he ends up delivering, we both like him a lot. Speaking of delivering we have a tentative date for delivery scheduled. OCTOBER 5th! He said this could change, but he’ll let us know for sure next week. Hopefully it doesn’t so I don’t have to make Jadi change the header for the home page! Ha!

Today was pretty low key, Amanda had to sit all strapped up again and press this button every time Rhett moved. He moved 16 times in about 20 minutes. His heart rate would fall to 99 and jump up to 132 in the 20 minutes, but this seems to be normal and not a big deal because Thigpen didn’t mention anything negative about it. 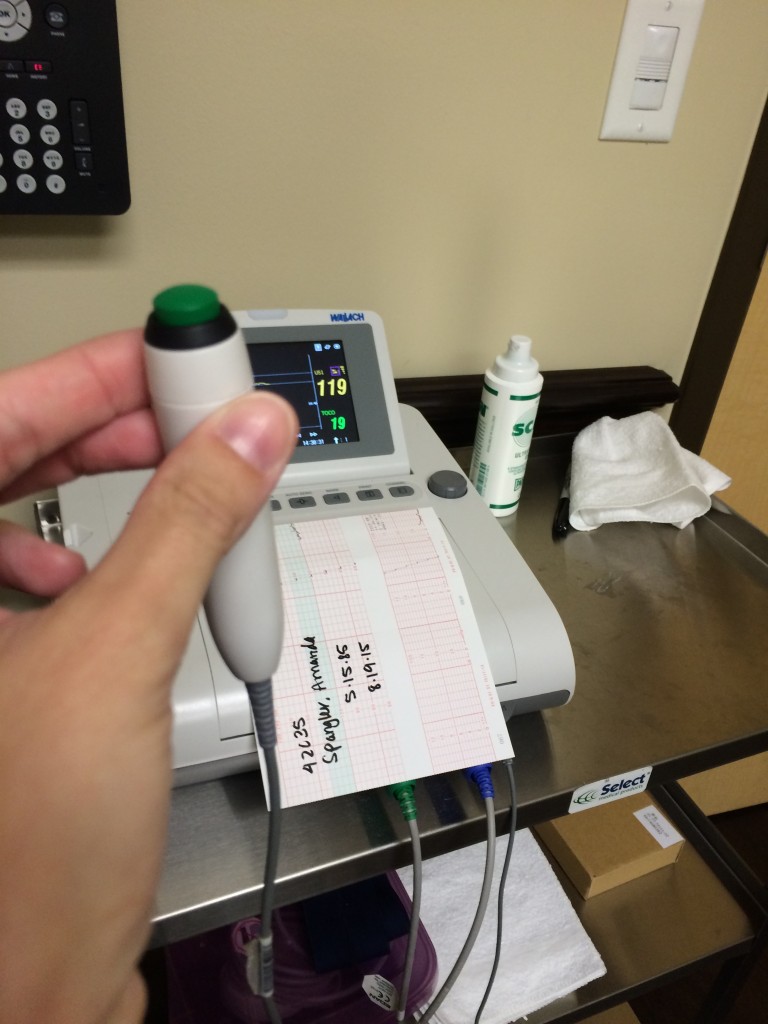 Amanda was telling Thigpen that Rhett was acting up and switched right side up again as Thigpen was going to do a quick sonogram check and low and behold Rhett has flipped back over! Pretty sure that was yesterday because he was kicking Amanda’s butt.

She gained 1 lb since the last visit. Our next visit is next Thursday at 3:00 at Harris Downtown (where we’ll deliver). She’s probably going to kill me for posting this one cause I think it was just for me, but she looks too pretty to not show it off. 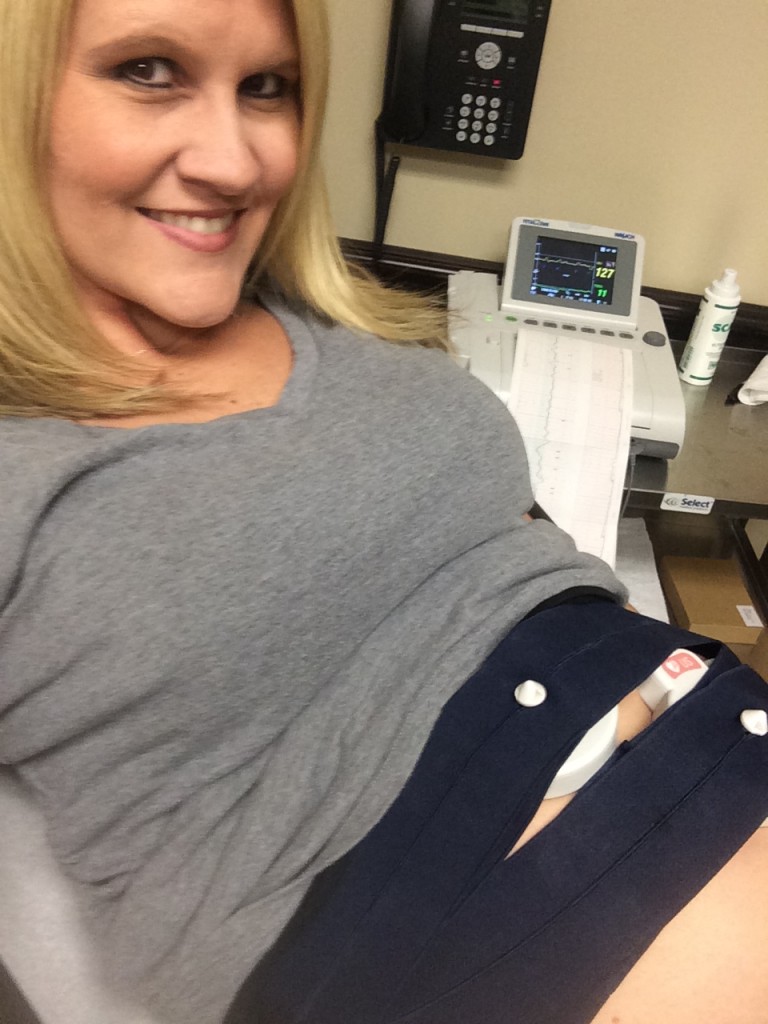 So a nice little quick update for everyone who is following along. Next week we should know a lot more because they’ll be taking measurements again.

And I want to thank everyone as always for the kind words, prayers, and gestures!

All I can do is say THANK YOU!