I was mowing the yard the other day and as I rounded the corner of my yard by the street, I turned back and looked towards my house and started thinking about how everything came together for my life to turn out the way it did with Amanda, Talon, and now another baby coming into this house. I started thinking about bringing the baby home and how exciting it will be!

I thought back to when my best friends Jay and Ashley brought their little girl Charlie home for the first time. I was on call to watch their house when Ashley went into labor and to take care of the dogs like I had done numerous times before so I was there when they came home.

I remember when they announced they were having a baby and while I was obviously extremely excited for them, I had another feeling, which I’m sure many can relate to, that my life was growing at a slower speed than my closest friends. We did everything together. We went out together, I could come over any time and just hang out. We even put up the Christmas tree together one year. I never felt like a third wheel, it was more like we were a tricycle. They were an extension of my own family and both of their families made me feel welcome anytime.

The day Charlie came home from the hospital I took their family picture in front of the house and I can remember leaving that day thinking about what the future would hold for me and how things would change with them starting their family now. Little did I know only a couple weeks later the story of my own family would be beginning.

Well, Jay and Ashley are in the process of selling their first home and I know they will always treasure that house for all of the awesome moments that happened in it. I realized that I had some big moments in my life that happened there as well and I’m going to be a little sad to see it go. It was their house I went to the night I kissed Amanda for the first time. It was their house that Amanda and I had our first “stay at home date” and it was their house where I first met Talon for the first time. Amanda was in the area and I was over at Jay and Ashley’s, and she told me she had Talon with her. It was like the universe perfectly decided to put that situation I was so worried about (meeting Talon for the first time) in this perfect place with my two best friends there with me. It was perfect. He was just a wee lad at the time only two months older than Charlie. They were so inviting and accepting of Amanda and Talon and we all stood there in the kitchen and talked for awhile. It was one of those moments where it hits you that yea, I think this is gonna be alright.

Our friendship is as great as ever, but just a little bit different. Oh we still party plenty, it’s just that most of the time it’s at kids birthdays! It’s been so fun raising kids at the same time! 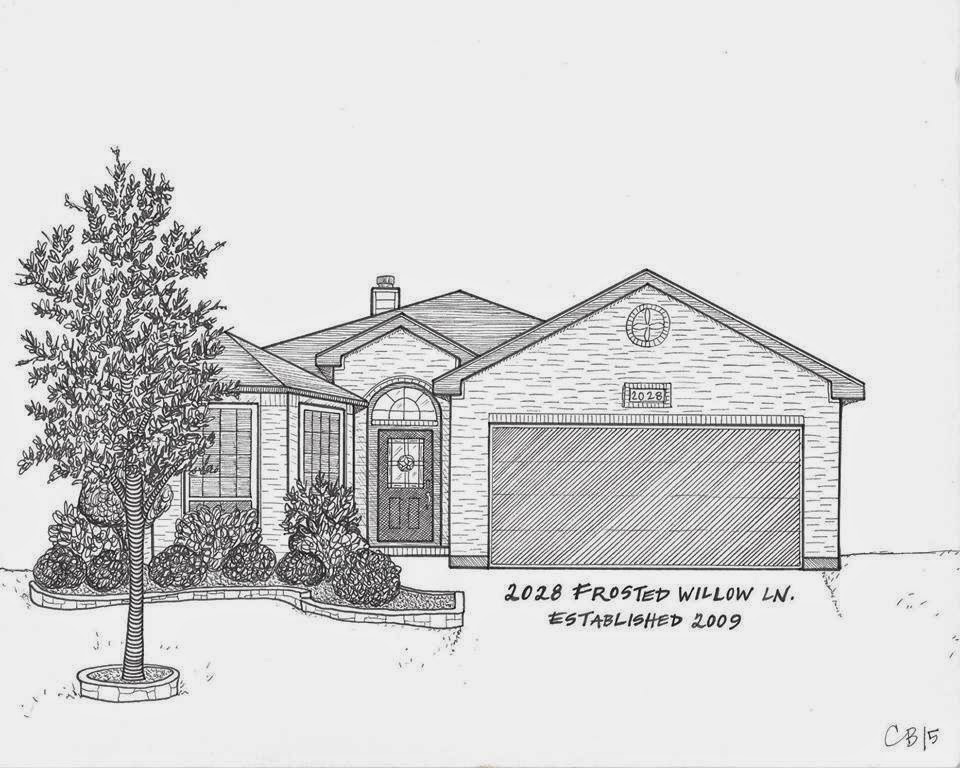 This was Jay’s birthday present to Ashley. A custom drawing of their home. Check out https://www.facebook.com/cococustom on facebook.