Today we were pretty surprised to find out that they were going to remove Rhett’s feeding tube. They are going to try to get him to keep his bottles down and get enough food that way. Its very weird to see him without anything attached or going into his face. It’s weird for that to be weird. The plan is that as long as he doesn’t have four consecutive feeds of 20ml or less that he should be able to stay off of the feeding tube! 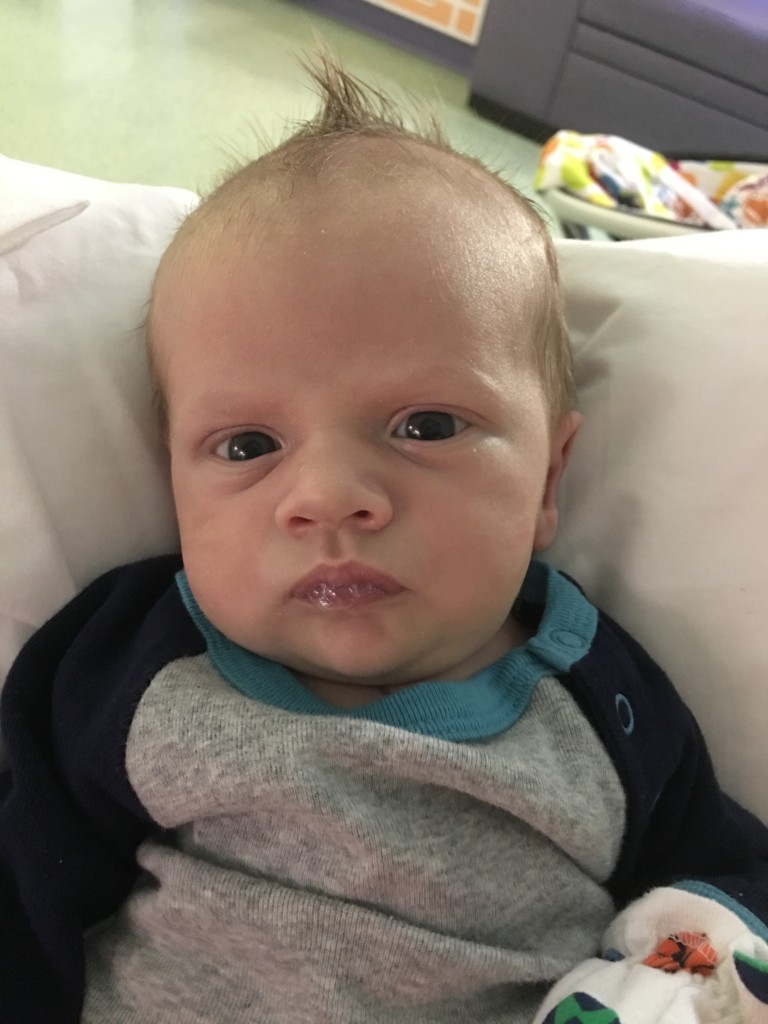 He’s really done so good. There’s a lot to happen over the next few years, but for right now it’s really nice to just have him doing well. It’s funny because we rarely even look at the monitor that tells us his heart rate and oxygenation. Since he’s been doing so great, we aren’t even really concerned about that.

Everyone here has been so great at communicating and making sure we know exactly what is going on. It’s been a little harder for me to keep up since only Amanda is staying overnight here and I’ve been staying at home. I’ve found it very hard to stay at home alone, but I think I’d sleep even less if I was trying to stay here in Rhett’s room. I am so ready for all of us to be at home living together!

Monday I’ll be going back to work, which I’m not really looking forward to. I don’t mind my job, but it’s just going to be hard while Amanda and Rhett are up here and I’m at work. I know it’s going to be a difficult time while he’s here and I’m having to get up at 5:30 in the morning to get to work, go to hospital after work, and try to get a good nights sleep so I’ll be rested for work. I’m ready to see everyone up there though!

I wanted to say a huge thank you to Ashley Ylda for her Younique party that raised money to donate to help Rhett as well as Holly at Walnut Creek Elementary for their fundraiser where the kids got to wear pajamas to work if they donated $1. We received a few really nice hand drawn cards and notes from the kids. Thank you!

This week has gone by fast, but I think it’s because Rhett has been doing great and it’s just a matter of time before we’ll get to go home. We’re obviously excited to go home, but it’s also terrifying because they won’t be here to back us up if something goes wrong. Luckily we are only 30 minutes away if there’s an emergency. One of the families we had talked to was from Abilene and they had to get a Care Flight membership so their kid could get here in 30 minutes if something went wrong. Their kid is doing great too it seems. These people really know what they are doing!

We’re posting lots of pictures and stuff on Facebook for people who want to follow along! Right now we are just taking it a day at a time and waiting until we get home!

Thank you all so much for your support, love, and prayers. It means more than you know and we love reading all of the comments on the Team Rhett page. You all are so awesome and we can’t wait for a lot of you to meet this little guy!!