Hooray Hooray Hooray! Rhett is out of the CICU and back into the NICU which is a huge step towards him being ready for us to take home. It’s been a crazy 16 days since Rhett was born but we’re finally getting to what will be the new normal for the next couple to a few weeks. It would be a lot easier if there was a real timeline of when we’d get to take him home, but we are just trying to take it a day at a time. I’ve been staying at home because the NICU doesn’t really lend itself to two people sleeping here. Being at home in an empty house makes me really ready for all four of us to be there together again. Rhett’s and Talon’s rooms are largely untouched since went to the hospital to deliver Rhett. I’m going to regret saying this later, but I’m ready for a mess.

The night before we moved to the NICU again our nurse was Maddie and I already cleared this story with her because it may have been the hardest we’ve laughed since we got to the hospital. She was taking his temperature with a rectal thermometer so I guessed 36.8 and Amanda guessed 36.6 (celsius). Nurse Maddie said she might as well get in on this action so she took the middle and went with 36.7. The wait for the thing to register is a lot longer than one would hope so as we were sitting there waiting for the result, Nurse Maddie made a joke about poop coming out along with the thermometer. Well sure enough, beep beep, 36.7, pull, fart, poop. She laughed and said, “Looks like I’m the big winner!” It was hilarious, we were laughing so hard!

Moving to the NICU was quite a little event. They told us the night before that they thought we’d be moving the next day, but they’d said that before so we didn’t want to get out hopes up. Once they told us for sure that we were moving I thought it was a little strange that they brought in a plastic wagon to transport him. After all of the fancy shmancy carrier things that he’s been it I was pretty surprised to see this toy wagon with blankets in it. I jokingly commented to the nurse that I wasn’t comfortable with it. Come to find out, Amanda had to talk her out of taking one of the giant beds over because she thought I was seriously not cool with it. 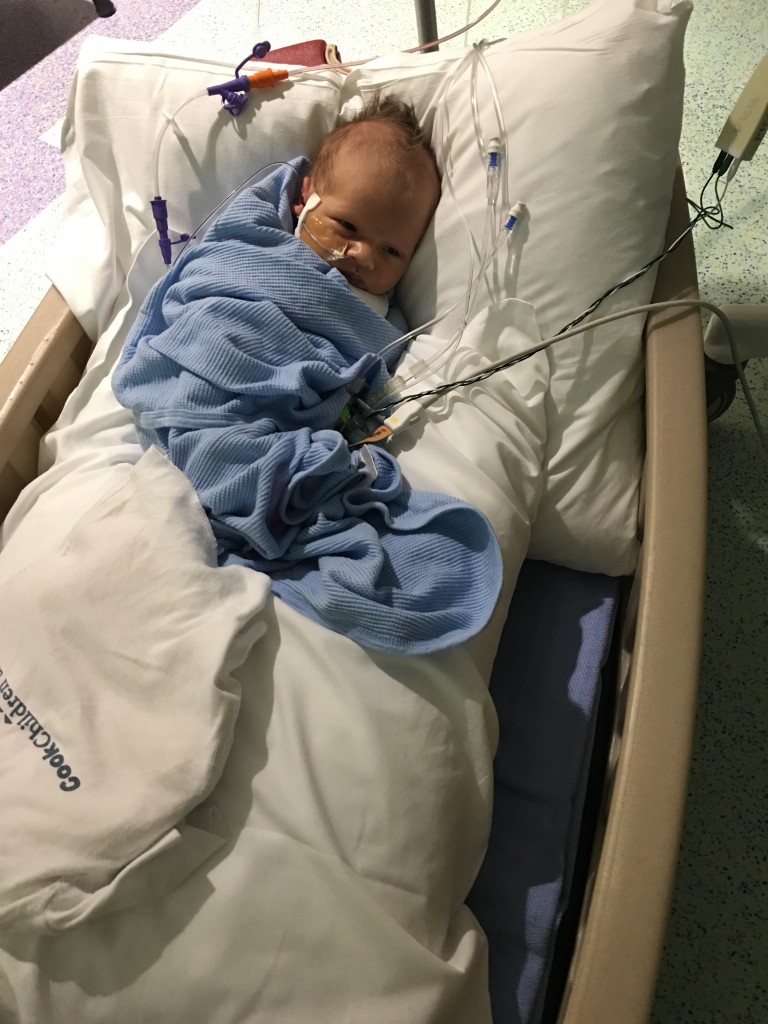 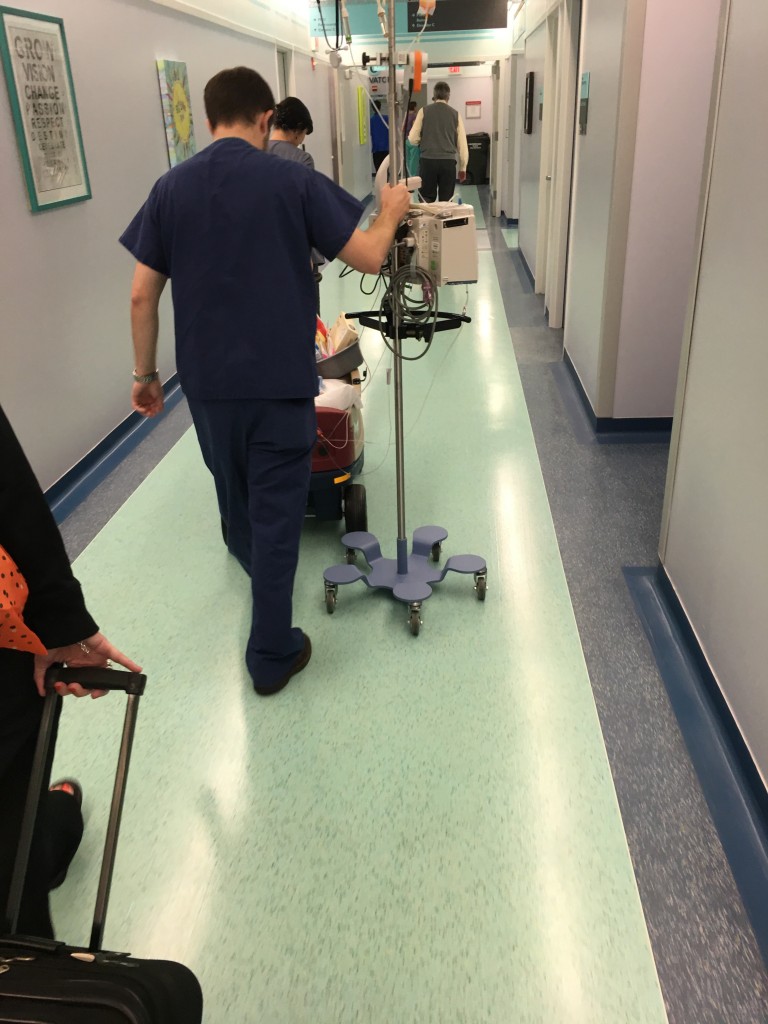 So here we are now in the NICU again. It feels like forever since those first two days of Rhett’s life when he was in the NICU. We ended up moving into the room right next to where we were before. This room feels a lot bigger, but it’s actually smaller. I think the weight of the situation might have made the room next door feel much smaller than it was. It feels like the hard part is all behind us for now. Obviously with two more surgeries looming in the future we have much left ahead, but for right now we’ve got a fairly healthy little boy who is working on eating and keeping it down. That’s his big battle at this point. He’s moving on up though. They took him out of his spaceship bed and put him into a crib like bed which isn’t nearly as cool, but that means he’s doing well and that there’s someone else that needs it more. 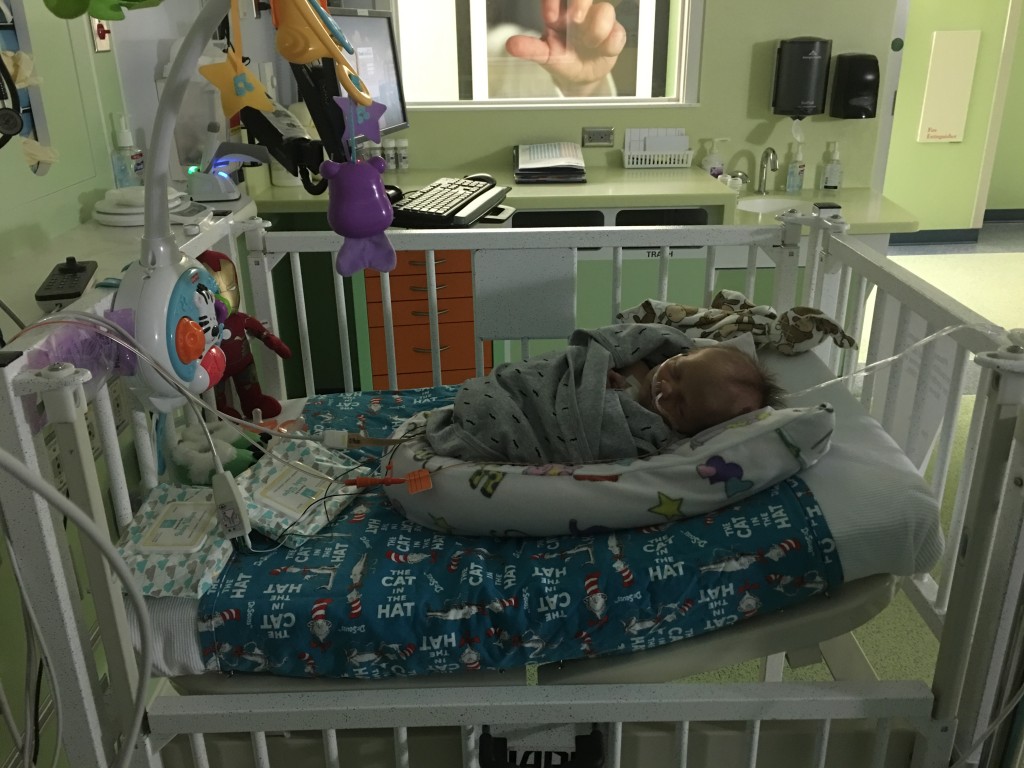 Talon finally got to hold his little brother, he was very excited but I guess his attention span is short because he was quickly content.

He’s finally getting to wear clothes! Momma is definitely excited about that! The plan for right now is to start feeding 55ml of milk over two hours and then not feeding for an hour after that to try to get his stomach used to spaced out feeding rather than being continuously fed through his feeding tube. Baby steps and one day at a time is our plan but Rhett is moving right along! 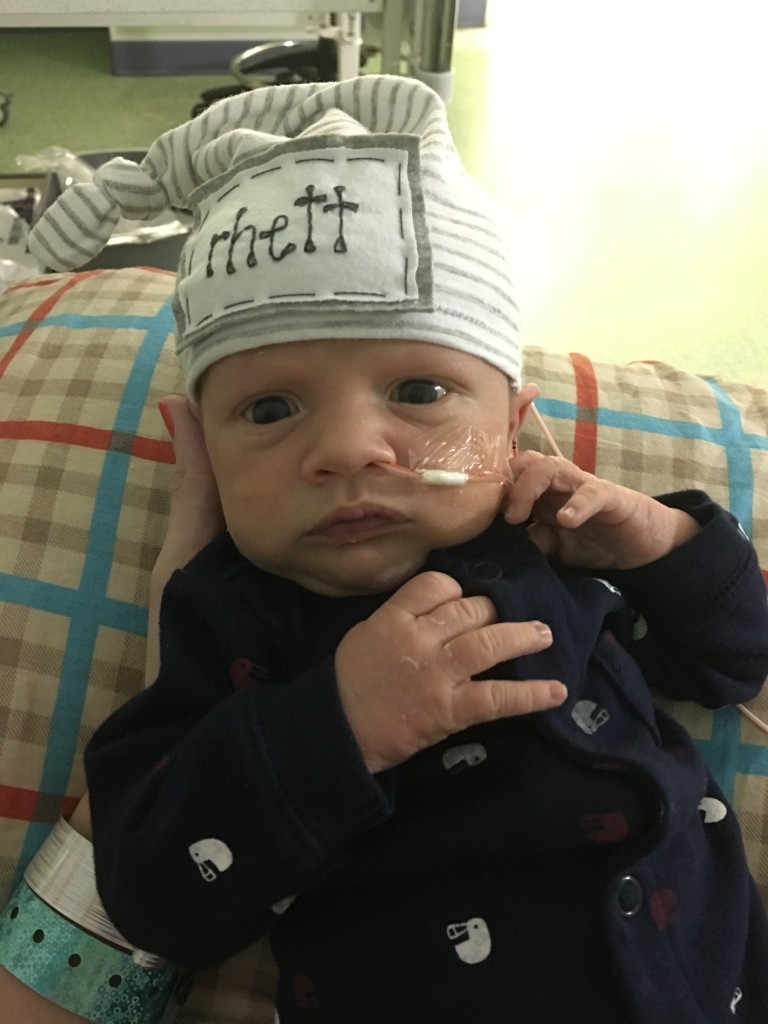