Jordan finally talked me into writing one of these. For anyone not following along on Facebook, I’m Amanda…the momma!

Have I told y’all how much I love Dr. Roten and all of the people that work with her!!!! They are amazing, so sweet and friendly.  Rhett is gaining weight the way he should be, he currently weighs 8 lbs 5 oz!! Echo, EKG and chest X-ray all looked great.  We are stopping his Lasix medicine this week (diuretic) and if all goes well another one next week.  We go back for another check up December 14.  Then they will schedule a heart cath for the end of January and his next surgery should be around the first or second week in February. For the heart cath, we will stay overnight and they’ll have to put him to sleep and put him on a ventilator to check pressures or something like that. 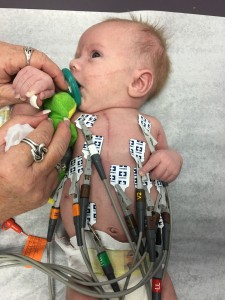 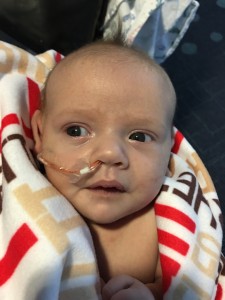 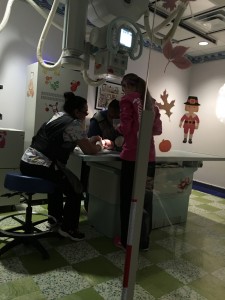 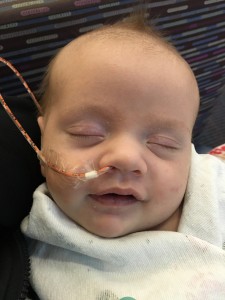 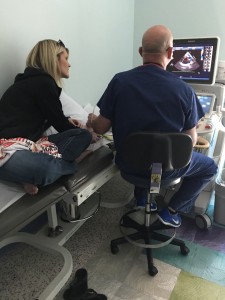 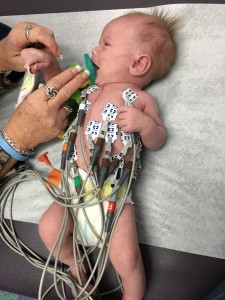 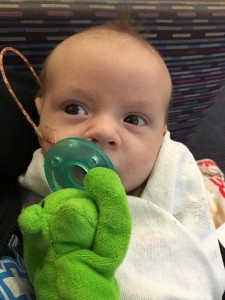 The Speech therapist came in and watched Rhett drink his bottle and said everything looked fine, but they want to schedule speech therapy to come out to our house once every other week or so to work with him on eating.  They just think he has really bad reflux.

I have been trying to get Rhett to drink most of his bottles but when he doesn’t, I feel like I have failed. Dr. Roten helped me today by saying that I was doing a great job, but I was working too hard and making Rhett work too hard. It is ok to use his NG tube for feedings and we are just trying to make sure that he knows how to drink a bottle, but doesn’t need to drink every bottle. She told me to pick 3 or 4 out of his 6 feedings a day and continue trying the bottle and put the other feedings completely through his tube (she suggested the ones in the middle of the night to put through the tube so I can get some sleep). Drinking a bottle for Rhett is like running a marathon every time.  She said after his second surgery he will start eating better. Right now it doesn’t matter how he gets his feedings as long as he’s getting them so he doesn’t get dehydrated, but it’s important for him to keep trying the bottle so he knows to eat

Today was a good day and I was able to feed Rhett through his tube while we were out, which is something I haven’t tried yet.  If you know Jordan and I you know we are always on the go. I know we can’t go as many places as before but it’s nice to know that our Thanksgiving travels won’t stress me out much. 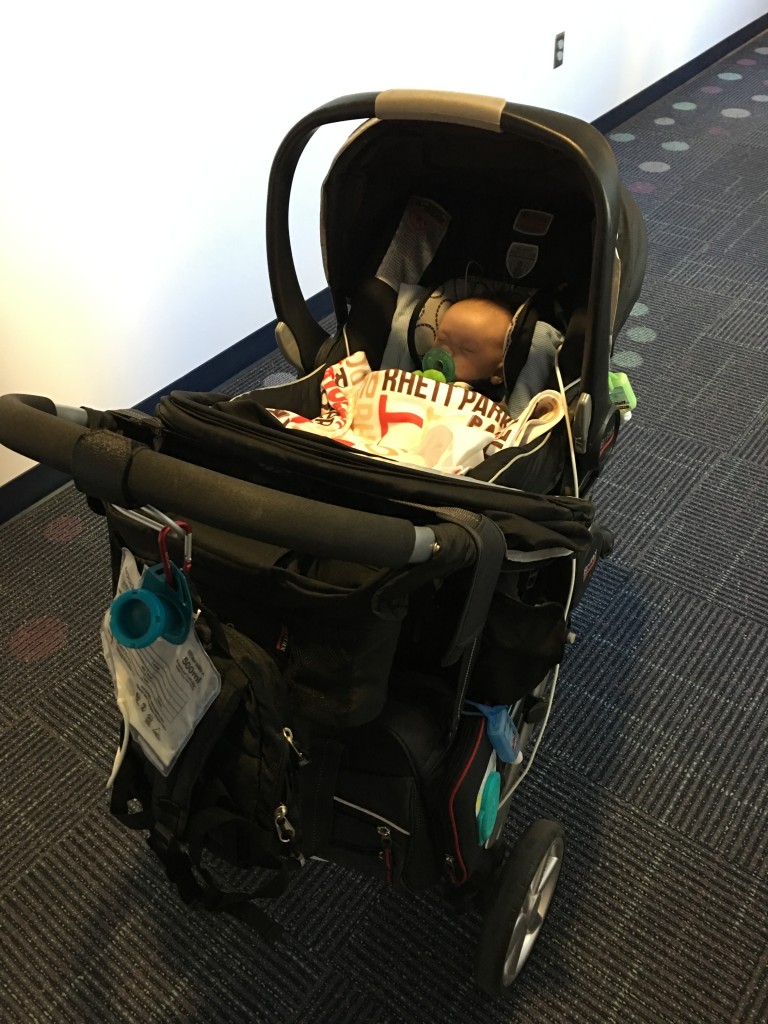 And look who finally got to go to the Camelot Court for lunch! 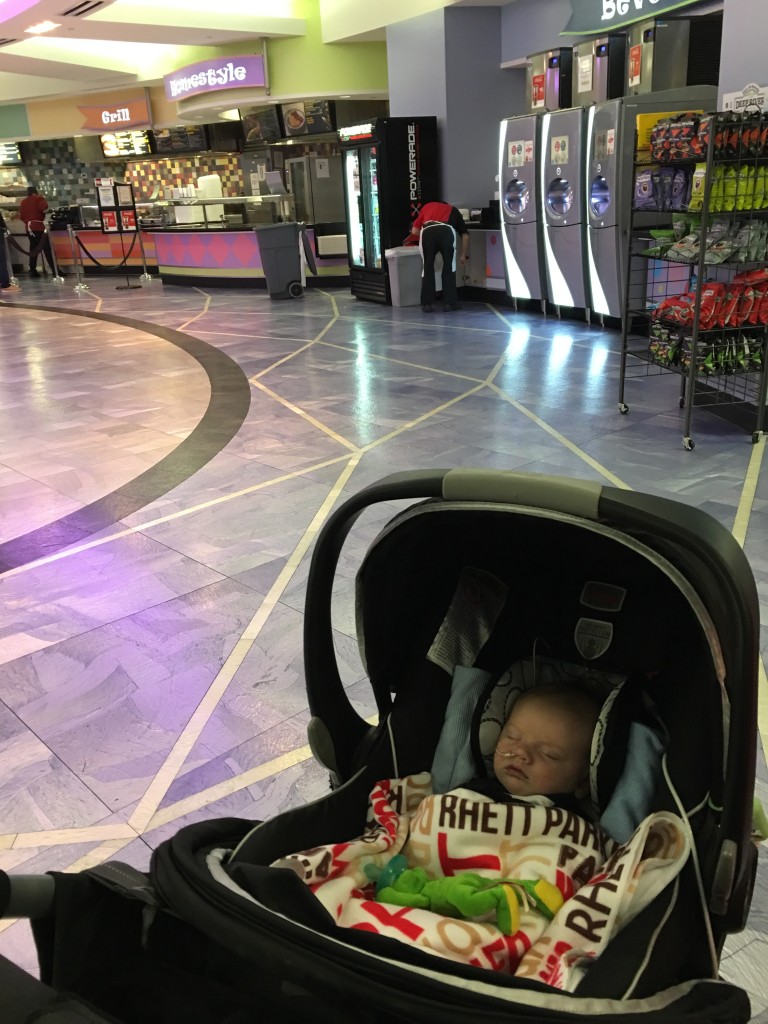 Jordan told me to say that a big long blog post is coming soon describing leaving Cooks and our first couple weeks at home.