I’m going to memorize that at some point I’m sure.

The left ventricle is strong, which Dr. Roten said is a GOOD thing. The road ahead is long, but before you get too worked up, Amanda and I are feeling good about where we are at right now.

So how do we fix this? Well, it’ll never be perfect but the idea is that Rhett will have (3) surgeries before the age of 3.

The first surgery will be when he is a few days to a week old. The second around four months old. The third around 3 years old which will hopefully be the last one.

Amanda will still deliver vaginally if everything goes according to plan and then we will have just a minute or so for her to hold him and take a few pictures. After that he will be loaded onto his cadillac (the nurse called them that) and they will roll him across the skybridge (from Harris Downtown) to Cook Children’s and he’ll be taken to his NICU room which will be ours for a few days until he is taken to the CVICU (Cardiovascular ICU) where he will have his first surgery which is called The Norwood Procedure. In one of these two rooms is where I’ll be sleeping the first night but I’m not sure. 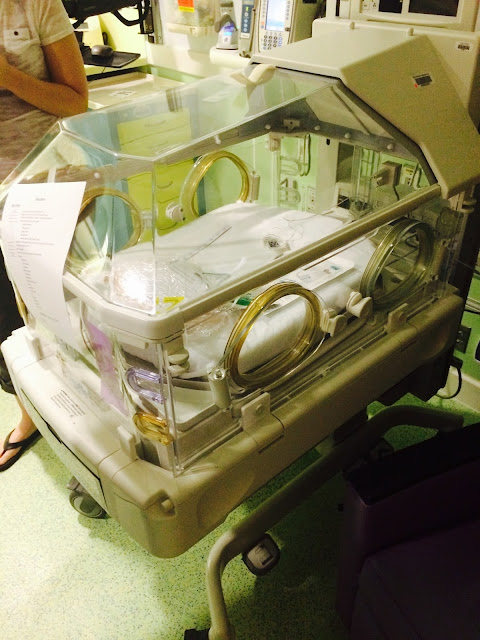 After his first surgery we will be at the hospital for 4-6 weeks. Visiting hours are limited but Amanda and I are allowed to come and go as we please and they make it a point to keep it very involved as to what each shift is looking for and working on for that day. Rhett will have his own room and Amanda and I can sleep there and be there anytime we want. Talon will be able to visit as well as some of our family, but they have very specific rules as to who can and can’t come and for how long and when.
After the 6 weeks we can take Rhett home and all they are sending with us is a scale to weigh him everyday to make sure he is growing and a pulse oximeter to monitor his heart.
After 4 months we will take Rhett back to the doctor for the second surgery, the Glenn procedure. For this one Rhett will be in the hospital for about a week. After this one Rhett get’s to come home and be a normal kid for awhile. They said he would get a bet tired quicker because he’s getting a little less oxygen than a normal kid at this point, but he should grow just fine.
So at 3 years old he’ll have what we hope to be and what is planned to be his final surgery called the Fontan procedure. This is where they hook up the valves/vessels and all that good stuff to run his lungs. We asked about sports and they said he probably won’t be able to play most team sports passed the pee-wee level. The reason being that he needs to be in control of how hard he pushes his heart and lungs. I think we’re going to take up Golf and he’ll be able to fish and deer hunt for sure.
The doctor said she felt at about 90% that this would all be successful which made us feel good.
For now we feel just fine. We were pretty much expecting all of this and just wanted a name to put with it. Please continue praying, we appreciate you all so very much!
Oh and our favorite superhero is now Iron Man, because it make sense. Ready to see our little Iron Man and get to give him a kiss before all of this starts. I know he’ll be ready!
#dadsimple 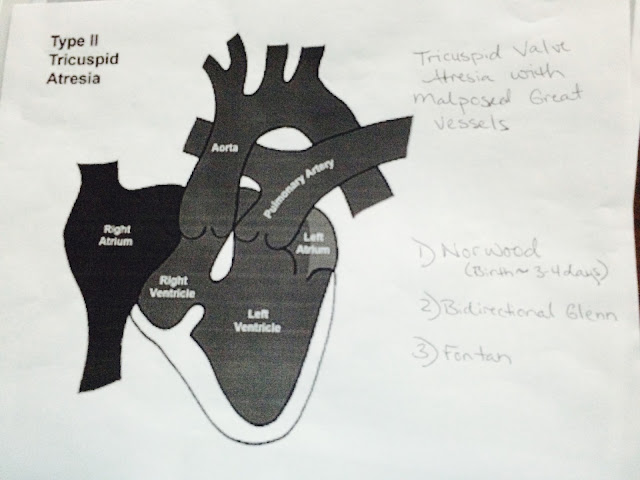 Tricuspid Atresia
In tricuspid atresia, there’s no tricuspid valve so no blood can flow from the right atrium to the right ventricle. As a result, the right ventricle is small and not fully developed. Survival depends on there being an opening in the wall between the atria (atrial septal defect) and usually an opening in the wall between the two ventricles (ventricular septal defect). As a result, the venous (bluish) blood that returns to the right atrium flows through the atrial septal defect and into the left atrium. There it mixes with oxygen-rich (red) blood from the lungs. Most of this poorly oxygenated mixture goes from the left ventricle into the aorta and on to the body. The rest flows through the ventricular septal defect into the small right ventricle, through the pulmonary artery and back to the lungs. Often in these children it’s necessary to do a surgical shunting procedure to increase blood flow to the lungs. Some children with tricuspid atresia have too much blood flowing to the lungs. They may need a procedure (pulmonary artery banding) to decrease blood flow to the lungs. Other children with tricuspid atresia may have a Fontan procedure. In this, a connection is created between the right atrium and pulmonary artery. The atrial defect is also closed. This eliminates the cyanosis but, without a right ventricle that works normally, the heart can’t work totally as it should.
Tricuspid atresia occurs in two out of every 10,000 live births. It makes up 1 to 2 percent of all cases of congenital heart disease. TA occurs equally in boys and girls.