So, yesterday was the Anomaly scan which for most people (us included) the gender reveal at the doctor. We were so excited to find out if we were having a boy or a girl!

The stay started out normal,we woke up and got ready, dropped Talon off with Cody, got breakfast and we were on a way into the hospital to do the ultrasound. It was about 40 minutes past our appointment time of 10:00AM before they called us back. Amanda sat in the chair and they rubbed that junk on her belly and pow, our baby was on the screen. Unlike last time, this really looked like a baby, perfect profile of the head and just perfect. Amanda and I were both hoping for a girl because she and I both had two nephews and we wanted a girl to add to the mix with Talon. As the technician was going around the screen I thought I saw that it was a boy, but Amanda didn’t see it. The tech asked if we wanted to know what the baby was and she told us it was a boy. I was a little disappointed at first, but oh well. I was going to be a daddy and I was going to have a son! Walking out of the room, I thought everything was normal… Amanda didn’t.

She had been through one of these scans before and felt like they were focusing too much on looking at the blood movement out of the heart. She began to worry and by the time we got called back into the office to meet with the doctor she was really really worrying. One of the nurses came in and asked Amanda her name again, which made Amanda worry even more.

The doctor came in and I asked him to give it straight to us, is there a problem? Without hesitation he responded, “The Heart”.

Amanda broke down crying and I was in shock. He went on to explain that he was having trouble seeing the chambers of the heart and that would need to go to the sonogram specialist upstairs immediately. I tried to calm Amanda down and we were finally able to go upstairs to meet with the Specialist Dr. Thigpen. It’s kind of funny because in a time of complete fear Amanda and I were still able to find a way to laugh. She thought the doctors name was Dr. PIGpen and proceeded to walk right past his door to find the right guy. We stood outside of the office laughing until we could both calm down enough to walk in, perhaps we were trying to find someway to fight the fear of what was happening.

We made our way into the specialists office to fill out load of paperwork. Amanda had to go do another urine sample and I made the biggest mistake of the day… I googled. Horror story after horror story of babies dying and all kinds of other things. I finally began to really feel the magnitude of the situation. Amanda cam back and I had to go the restroom myself so I went outside the office door to the bathroom in the hall and as I stood there alone for the first time without having to be strong for Amanda, I nearly broke. How could this be happening? I pulled it together and went back in to the office and Amanda had been called to the back. The person at the front walked me back there and I moved my chair as close to Amanda as I could. This was the biggest moment of our lives. We had to see what the specialist had to say about the Sonogram.

Dr. Pigpen was really nice. He went over the sonogram and said that there was a heart defect and that it seemed pretty major.

***I’m going to try to get through this with as much detail as I can, but it all happened in such a flash that some details will be missing I’m sure.***

It looked like the shape of the heart as whole was fine and the heart rate was at a perfect 140bpm, but the chambers hadn’t separated on either side to create and atrium and a ventricle. But even then I’m not totally sure what is going on and we are still waiting to find out more information. If what the specialist saw was correct we are at the very least likely going to have to take our boy to the NICU @ Cook’s Childrens immediately after being born and a heart surgery will be scheduled as late as possible to give him time to grow. The longer they can wait the better the chances of success are for.

We’ve now been referred to Lisa Roten a Pediatric Cardiologist at Cook’s Childrens to have her take a look. We should know when our appointment is within the next week or so.

We also took the quad screening blood test to check for Chromosomal Abnormalities and should have results for that within 7-10 days.

BRIGHT SIDE: Everything else checked out great on our baby boy. Kidney size, limb length, growing normally. Everything else is fine except for the heart. Thank God for that.

As we left the doctor in shock we finally made it to the car and as soon as we sat down, I lost it. We cried and cried and sat there not knowing what to do. We had a gender reveal planned for that evening and we weren’t sure what to do.

We called Jessica first (Amanda’s sister in law who was watching Talon) because Talon was having issues going poop and Amanda told her what was going on and accidentally told her the sex! Haha so far we were sucking at the keep it a secret game!

Amanda then called her mom and told her and she said she felt a lot better now that she had talked to people. I then called my mom and made it about 1 sentence in before I couldn’t speak through the tears and Amanda had to talk to her. My mom had worked at Cook’s and was telling us the amazing things they can do now. After I was able to gather myself again I was able to talk with mom and she made me feel a lot better. I had her tell the rest of my family, but I called my dad after that and man… Thank God for parents.

We decided the best thing was to go on with the reveal. This wasn’t a death sentence, we don’t know what is going to happen, but being around family and letting them see us too seemed to be the most important thing right now. We went and had lunch and made it the whole way home and started to gain a little optimism after the 4 hour nut kick we had endured at the hospital.

We had to blow up balloons and fill them with paint to attach to a fence that we’d be rednecking up and shooting with a bb gun! Yee Yee!

The first one I filled up came off the bottle and splattered ALL over me. Amanda and I laughed hysterically. I looked at her and told her that I loved that somehow on this awful day I still had a great time with her. She’s the best.

I popped one balloon while hammering the nails in and it exploded on me again, but the reveal went great. My favorite part was watching the great grandparents taking aim with the Red Ryder.

It was much needed fun with just our family after what felt like the longest day ever. Congrats to Daltry for hitting the blue balloon!

We’re having a baby boy! and would you look at that beautiful momma… 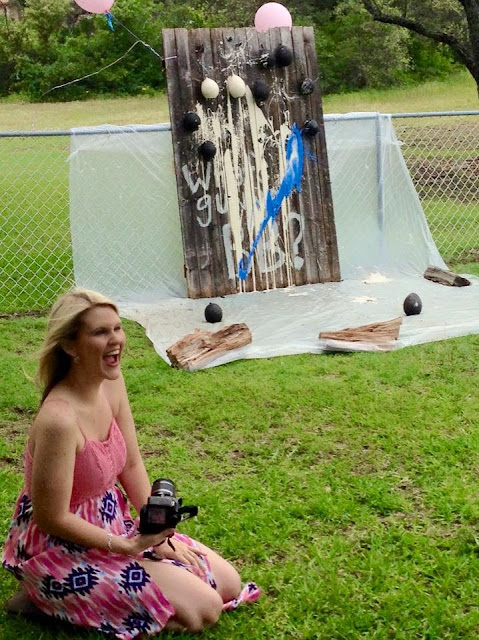 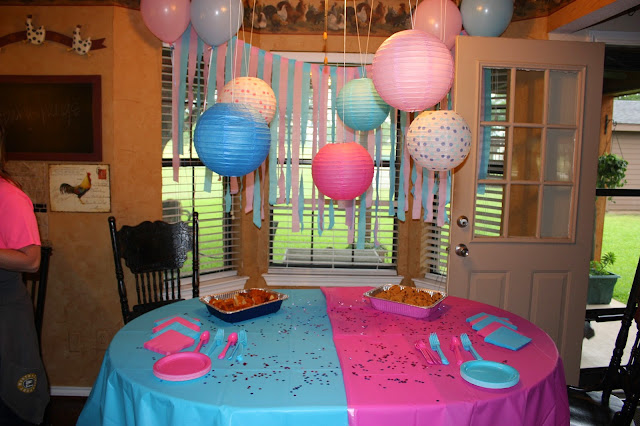 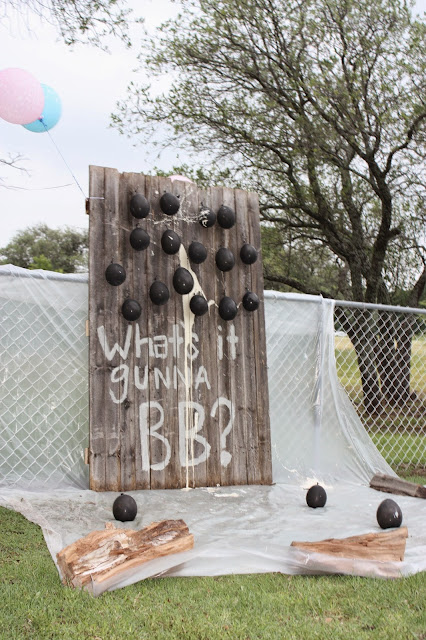 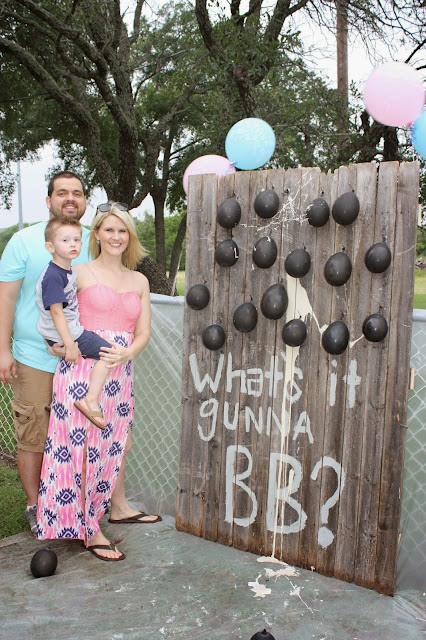 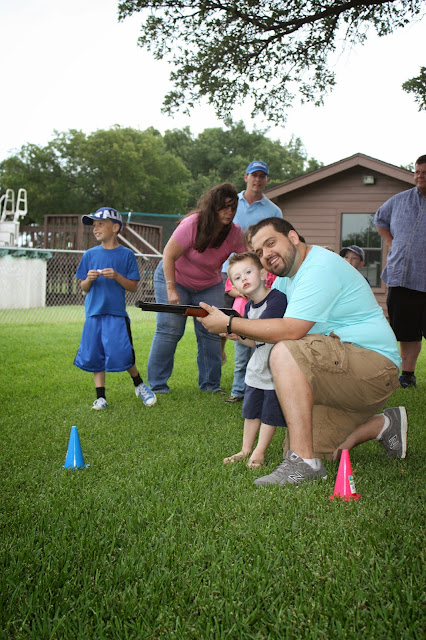 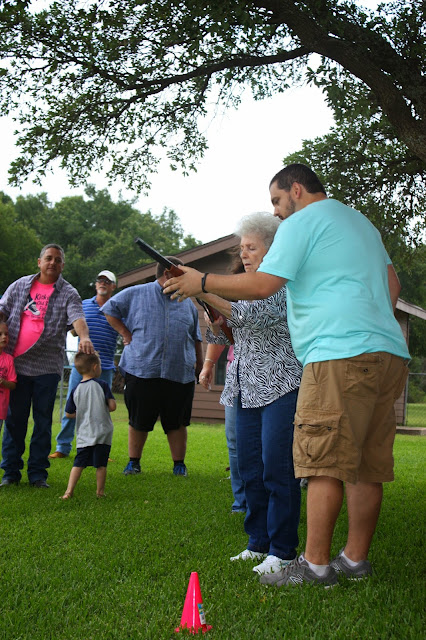 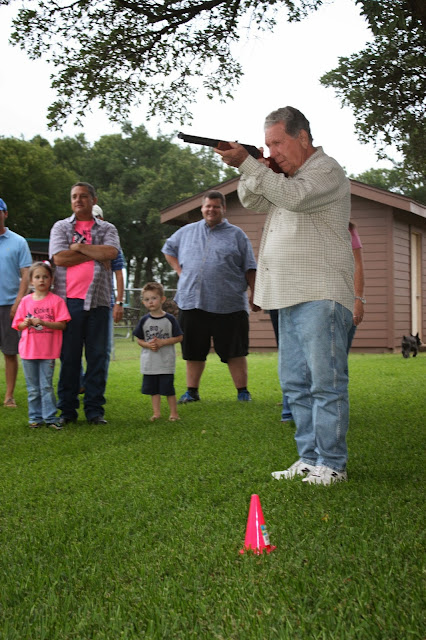 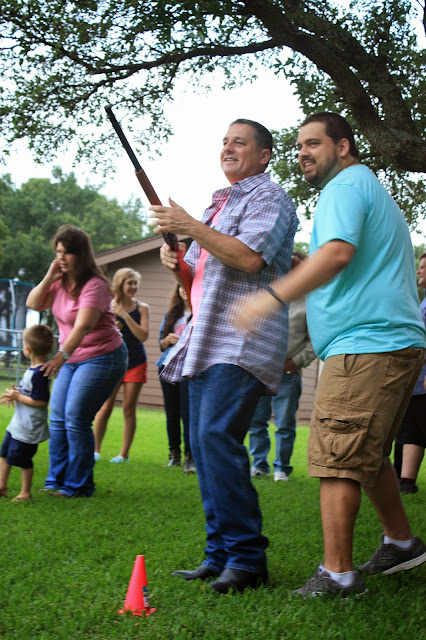 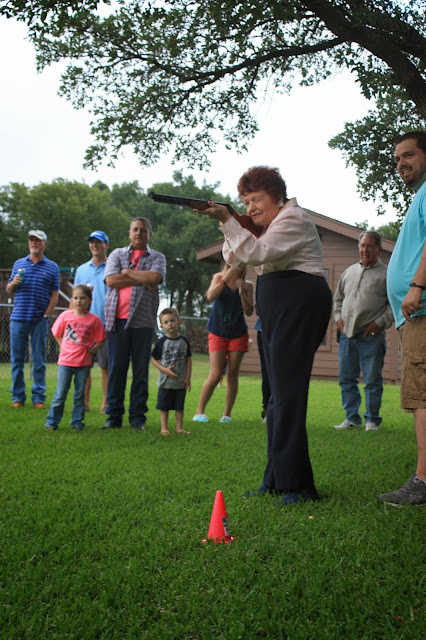 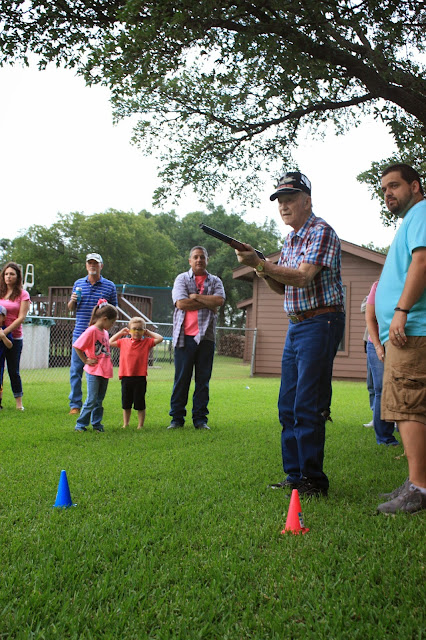 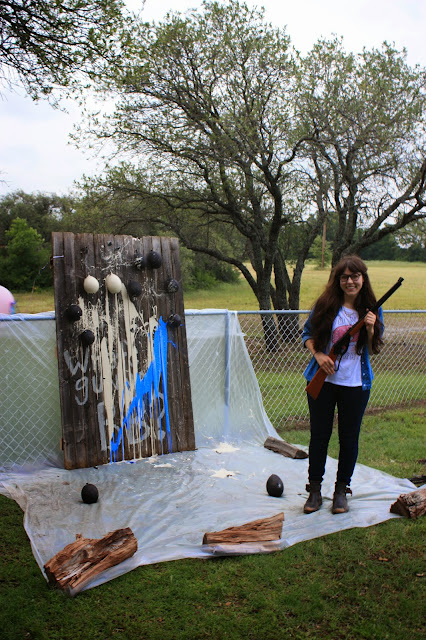 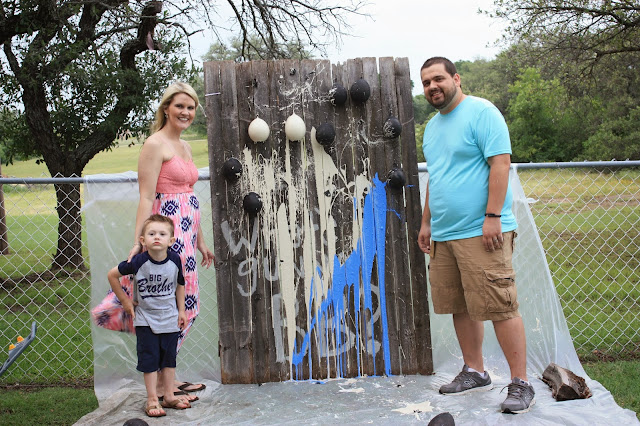 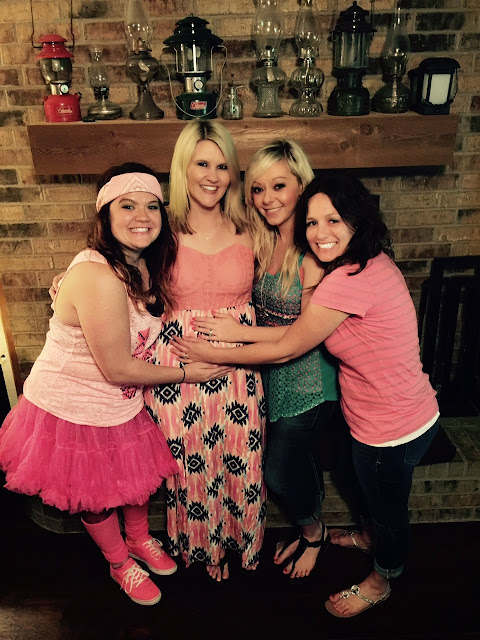 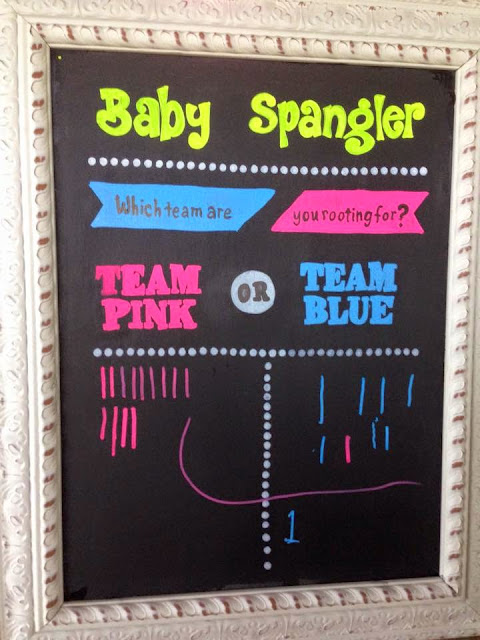