Rhett will be turning 6 months old in less than two weeks! It’s hard to believe how fast time has flown by since bringing him home. Now that we have gotten the tube removed he has just been the happiest little kid. It doesn’t even really feel like anything is wrong most of the time and for the most part he just acts like a normal baby… well a normal baby who takes multiple medicines throughout the day and has a scar on his chest. Watching him grow and learn has been one of the most rewarding experiences of my life. I can’t wait to experience all of the things to come over the next few months. We are still working on getting him to sit up on his own, but he has gotten much stronger at holding his head up.

He has no idea that his little life has been so different than a normal kid. I hope that when he truly grasps the idea someday of what he has been through that he will wear his scar as a badge of courage and strength. I’m not sure how to explain it all to him one day, but I can’t wait to tell him about all of the amazing feats that he has accomplished and about all of the love that he has around him. I have dreams that he will someday become a heart surgeon and save lives like Dr. Tam has done for him. Having the experience that he will have had would be an amazing dynamic for any parent that will have to walk the same road that we have.

Speaking of other parents, Amanda was nominated to be a member of the MAIN Family Advisory Council! We asked staff to nominate parents who they feel have handled their child’s treatment effectively, are well-spoken, a good advocate for their child, can see beyond their own experiences, and listen and respect other perspectives. Congratulations on being selected as a parent candidate; this is a great honor! The Family Advisory Councils are made up of parents and staff that look at ways to improve family experience at Cook Children’s and give input, from a families perspective, on policies and procedures. I couldn’t be more proud of her and I’m happy to say that she has accepted the nomination and is currently training to be a Cooks volunteer. I think she will do an amazing job and I know she has become very passionate about giving back and helping other families.

After Rhett’s appointment with Dr. Roten the other day we “casually” ran into another couple who’s son has been in the hospital for a few months after his first surgery. They were finally getting to go home and they were going to be venturing out with a feeding tube. Apparently Rhett was one of the first few babies who was actually able to go home with an NG tube, which we didn’t really know. The doctors have asked a lot of feedback on our experiences and anything they could help with for future parents of NG kids. We sat and talked with them for 30-45 minutes and watching Amanda explain everything made smile. She is so calm and positive even when explaining the pains that went along with it, but what we always try to include is that it will get better. We don’t sugar coat it either. The first part sucks, but it DOES get better. I know she is going to be so good at her new volunteer position at Cooks.

Rhett is growing slowly but surely. He’s just under 13 lbs now which puts him squarely in the 1% of weight for babies his age. Hopefully he’ll continue to grow and get stronger as time goes on now that he is eating everything he needs from his bottle. We have even begun to feed him baby food! So far he has pretty much liked all of them, but who could blame him? Have you ever smelled formula? It smells like cardboard and old socks that sat in the washing machine over night. Blegh!

Talon is absolutely infatuated with his little brother and loves to make him laugh. Amanda and I can already see the special bond the two of them have and our favorite thing is the way Rhett laughs at Talon. It’s a different laugh than when he laughs at anyone else. I know Talon will set a great example and be protective of his little brother. I’ve said it before, but watching them grow up together will just be so great. Talon starts T-Ball this Monday and we’ve had practices and all of that and it’s been nice to have something other than work and come home to do. I was talking to Amanda the other day and explaining to her that it felt like real life was beginning. I always dreamed of having a family and kids, but the baby baby stuff is for the birds… Let’s play ball! I’ve really enjoyed getting to help with practice and Talon seems to really like playing baseball! I’m sure as soon as Rhett is able he’ll be so excited to get to play catch with his big bro. 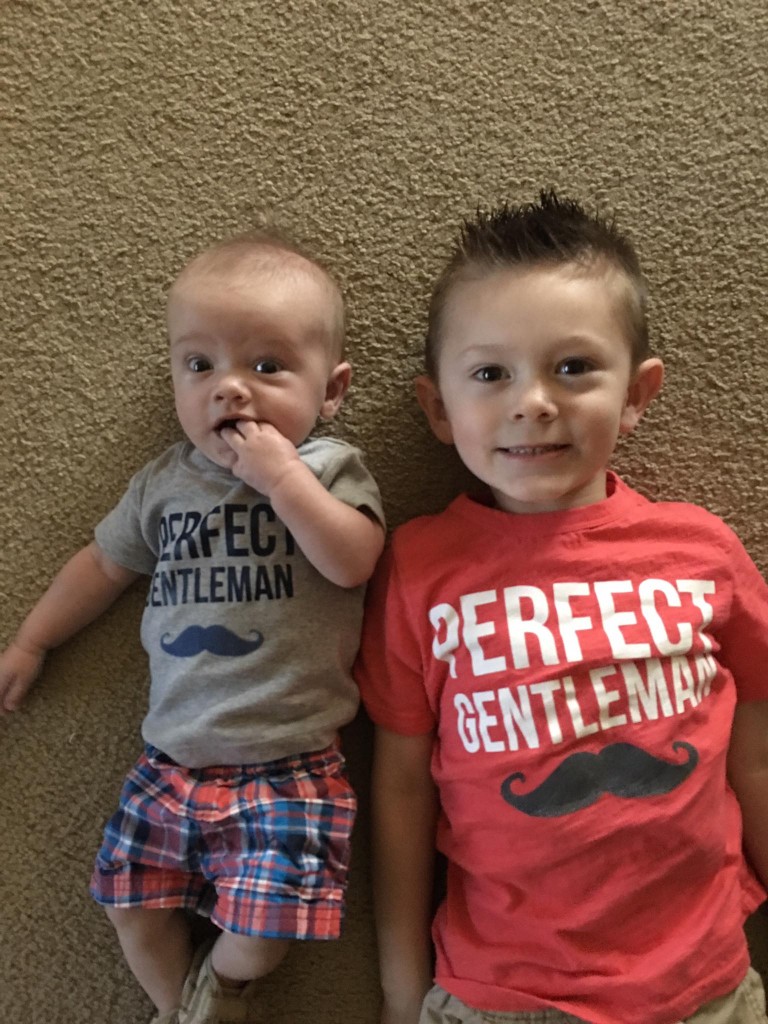 I’m thinking about doing a section the website for parents who are finding out that they have a heart kid. Somewhere to have specific posts about things like the NG tube, sleeping arrangements, what to bring to the hospital, things like that. I know Amanda and I just feel a calling to help others who are going through this and I think it could be a good place to get a parents perspective. Maybe even a place where people could send us an email if they have questions or just want to vent. I know we would have appreciated somewhere to go like that.

We only have a few of the Team Rhett shirts left. I think we are going to do a new design before Rhett’s 3 year old surgery, so we won’t be ordering any more of these. We have some in all of the sizes except 2XL if anyone is interested. 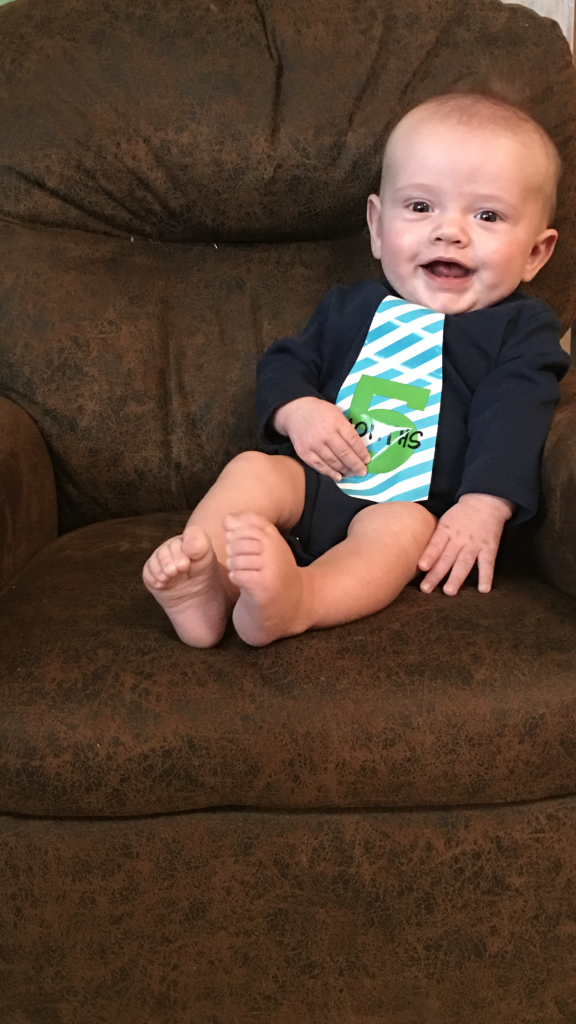 This kid is seriously so cute.