Today we went to the hospital for Rhett’s pre-op visit. It was a really different feeling than the last time we went in for one of these. Obviously we are still worried, but it just felt a lot different having already been through the first surgery and seeing that everything does end up okay. Rhett was there with us and was quite a little celebrity around there. It was so fun to see some of our old caregivers and hear them talk about how great Rhett looked. Some even went to find other people they had known to “work” on Rhett and brought them by to take a look. If you have to go through all of this mess, I’m glad we ended up at Cook’s. I think Amanda is mostly glad because they have cookie Wednesday’s and apparently they’re pretty good. Wait… Now i’m starting to wonder if she requested this day for the appointment just for the cookies…

We got there around 11:00 and neither of us had eaten anything all day so we swung into Chick Fil A and scarfed down some lunch. Rhett was in a great mood all day and he was smiling and talking up a storm. We went to the registration area and checked in and then we were escorted to an area where they checked all of Rhett’s vitals and they were very pleased. His O2 sats were at 85 which is great. They took his blood pressure and checked out some of his developmental things like holding his head up and things like that. He’s a little behind on the neck strength, but mostly because “tummy time” has been nearly impossible with his reflux issue (aka yack attacks). But they were still pleased and were very noticing of how aware he was. He was just looking around as people started talking and moving around the room. It was definitely a proud dad moment.

He’s been through so much already and we’ve really only hit the tip of the iceberg, but I know he’s going to excel all throughout life thanks to all of the great people around him. He’s 23.6″ long now and weighs 10lbs and 2 ounces, so he’s officially passed my birth weight of 10lbs 1 ounce! It only took him 3 months. His head measured a little under 16 inches which is totally normal for his age. They listened to his heart and could hear his unmistakable murmur (also a good thing).

Surgery has been schedule for 8:00 am on Monday 1/18 and we have to arrive around 7:00am. They told us we could feed him until 1:00am and give him pedialyte until 5:00am. They’ll get started on prepping him for surgery and the actual surgery should start around 10:00am and last 3-4 hours. They’ll give us a call every hour for an update and whenever they make the first incision. They’ll be cutting into the same spot as they did last time so they said it could vary on how long it takes depending on the scar tissue fro the first surgery. They are going to give him bubblegum scented anesthesia so it doesn’t smell like “old beach balls” as they said. Odds are that he’ll need to be put on bypass as they did last time, so that won’t be any kind of surprise to us.

They said they typically will close his chest up following the surgery before he goes back to his room in the CICU. We are hoping that we’ll get to stay in our same room. We went on a “tour” of the CICU again and got to see some of our favorite people!

Being a veteran of this process is really nice because we know what to bring and what not to bring for our stay in the CICU, which should range from 7-14 days if everything goes smoothly. Obviously the sooner we can get out of there the better, but we’ve been pretty good at being patient. They will keep him there as long as he needs to stay. Except for that time they kept him Christmas Eve, haha we weren’t quite as patient that time.

So, you may be asking. What is the procedure? The procedure is called the bi-directional Glenn. “This operation usually is performed about six months after the Norwood to divert half of the blood to the lungs when circulation through the lungs no longer needs as much pressure from the ventricle. The shunt to the pulmonary arteries is disconnected and the right pulmonary artery is connected directly to the superior vena cava, the vein that brings deoxygenated blood from the upper part of the body to the heart. This sends half of the deoxygenated blood directly to the lungs without going through the ventricle.” (http://www.pediatricct.surgery.ucsf.edu/conditions–procedures/bi-directional-glenn-operation.aspx) You’re dang right I just inserted a cite in my blog post.

We are ready to get our kiddo fixed up and this is the next step. Obviously it’s scary, but we know he is in great hands. We visited with Dr. Tam today about the surgery and he walked us through it step by step and made sure we understood as much as we could.

Rhett has been in such a good mood since they put the stent into the shunt and we are hoping that he’ll continue that after surgery. However, because of the increase blood flow they said we should expect him to experience headaches for a few weeks after the surgery. THAT we are not looking forward to, but this will be the last surgery until he is about three years old. At least we are HOPING this will be the last one. I know Amanda and I are both ready to just have a baby and not have to stress as much about the next surgery at least for a little while. The third surgery I think will be the hardest because he’ll be able to talk by then and we’ll have to actually listen to him be afraid and we’ll have to figure out some way to make him feel okay about everything, but for now…let’s just have a baby around. As with everything else we’ve all endured, we’ll cross that bridge when we get there.

Here are some pictures from today! 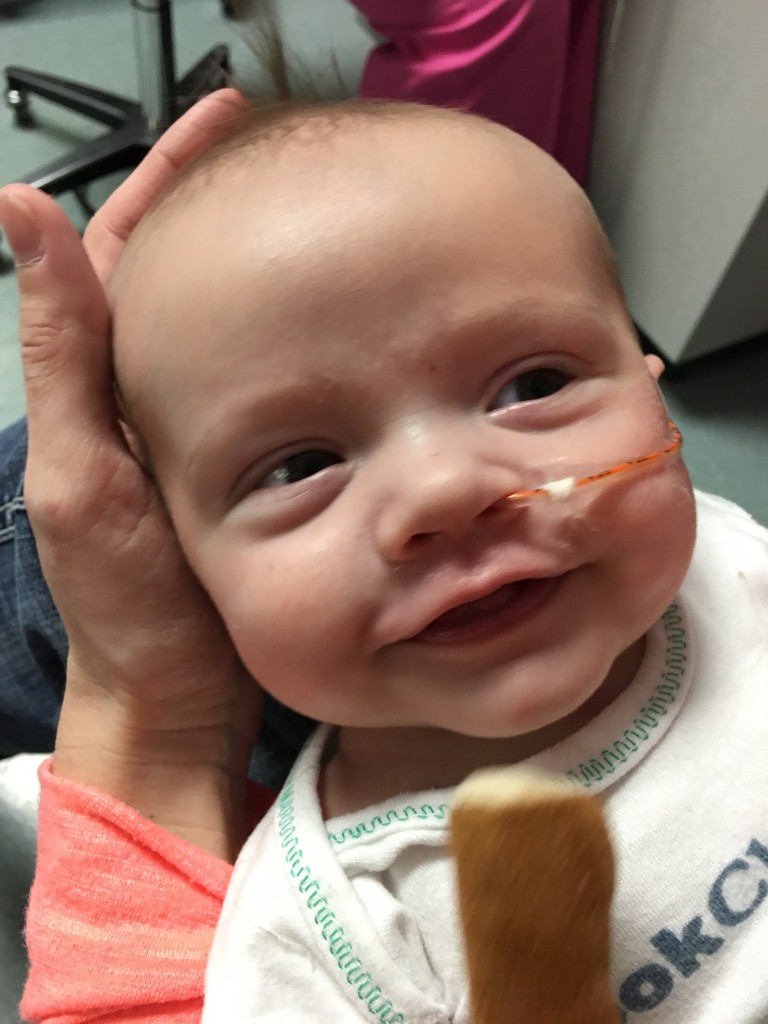 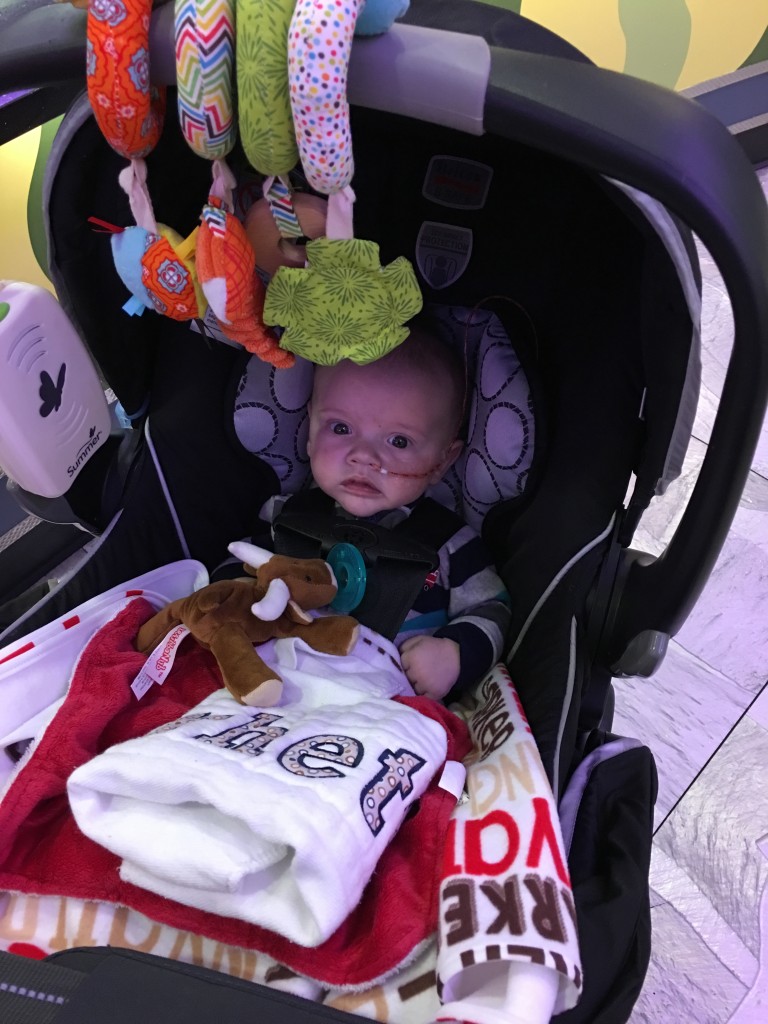 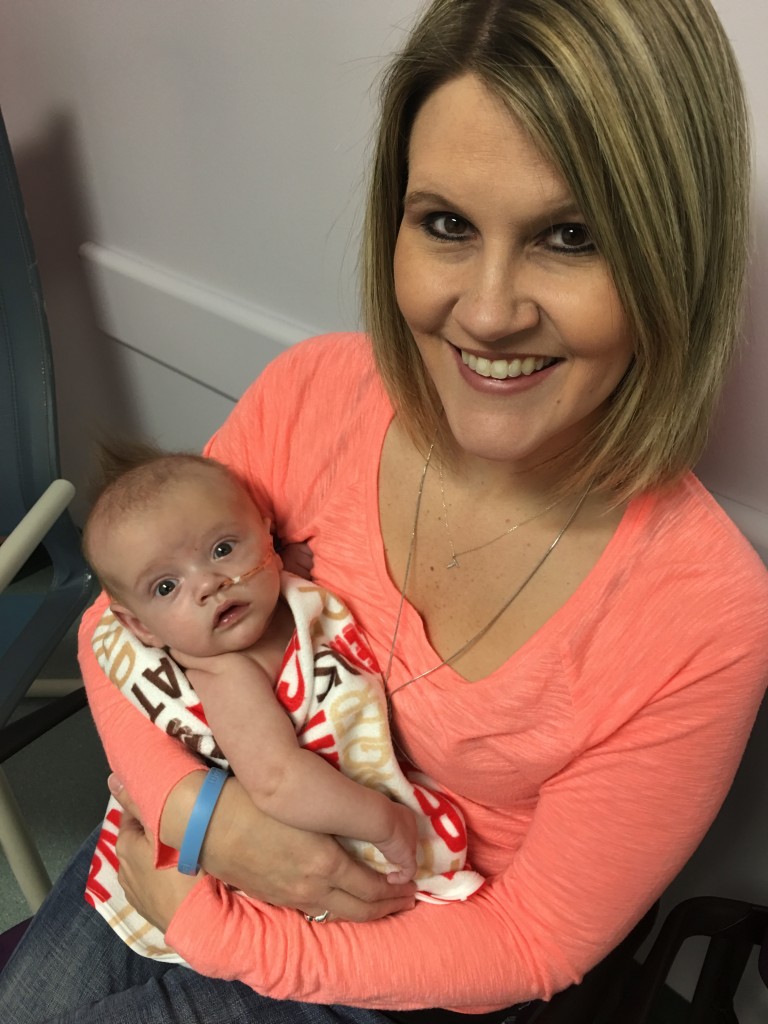 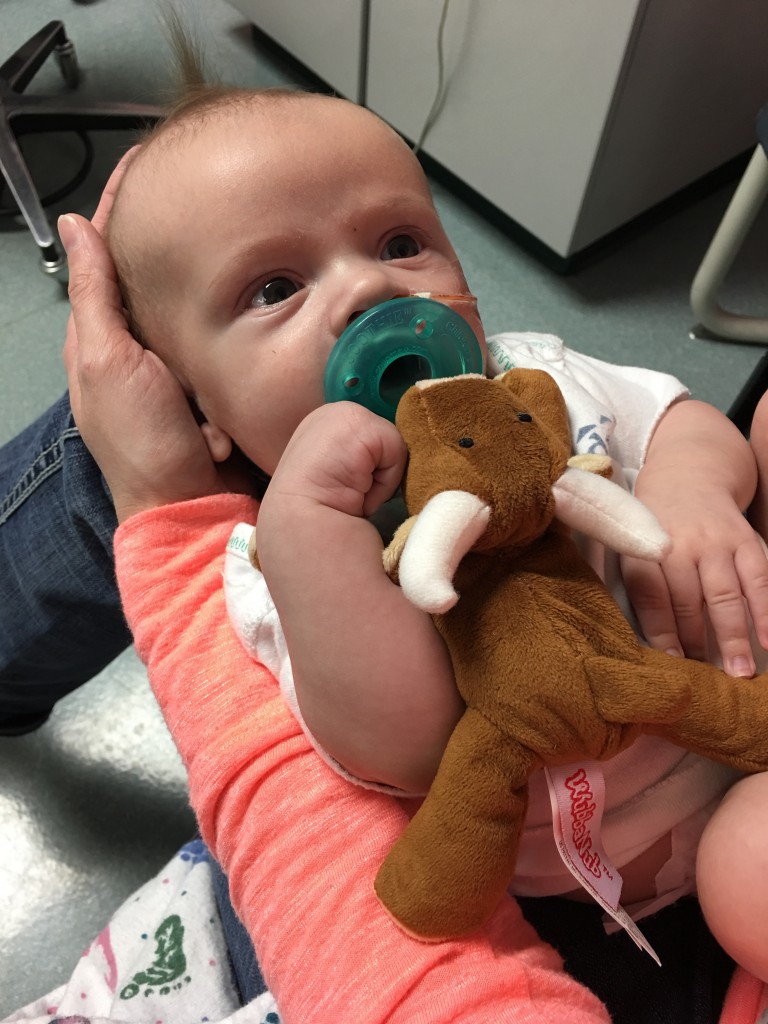 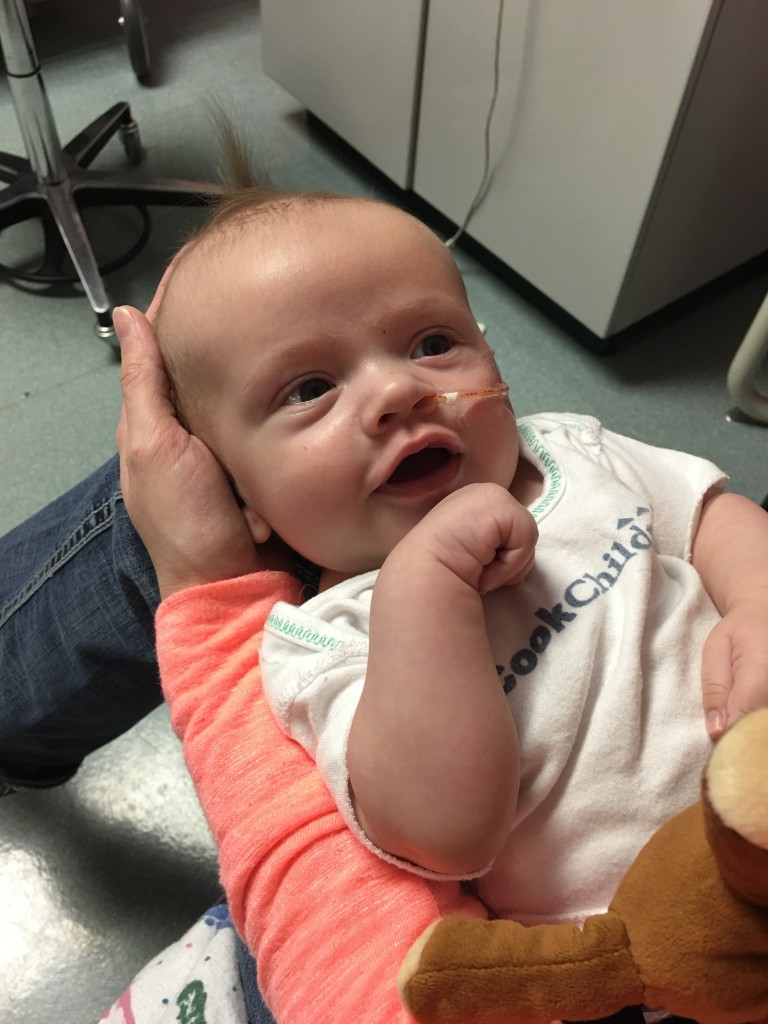