I know, I know – It’s been 997 days since I last wrote an entry. Well, ladies and gentlemen the wait is over. To be honest, the writing process was so important to me as we were going through the early stages of Rhett’s life, but things were/are going so well with him, I think my focus just turned on our family and raising our boys as best I could. I would find myself in the years since thinking every few weeks that I should write something, but as many of you know life get’s in the way. In this case, life was in the way in the best way possible. Rhett has excelled in everything he’s had to face and it just didn’t feel important at the time to stop down and write about it.

Things are great and he is just a normal three year old at this point, minus the scar on his chest, the doctor visits, and the fact that he receives more mail than anyone else in my house. Between the bills and the abundance of parties Cook’s throws for these kids, we get something nearly daily with his name on it or the ever fearful “parents of Rhett Spangler” moniker. Full disclosure, I think that was the first time I’ve ever written the word moniker – something about it felt right to use in this case and after two misspellings and a dictionary.com search, I’m 80% confident I used it correctly. 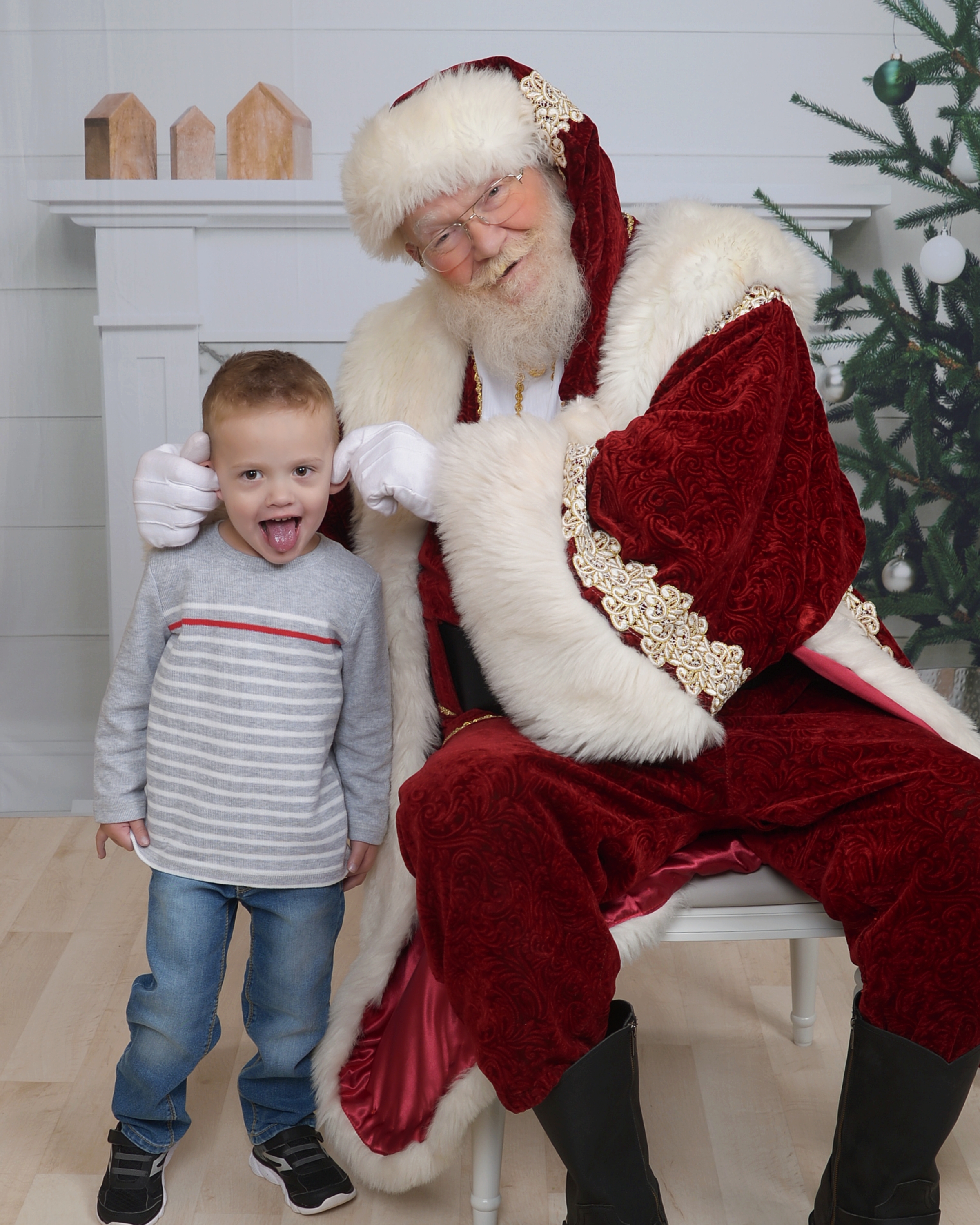 This kid… He is a bright light in everyone’s day whenever they get the chance to be near him. Just last night Amanda and I were at Walmart and the line was pretty long (I know – total shocker) and there was a woman next to us and Rhett started talking to her and just being a total crazy like he always is. We stood and talked for a few minutes about Rhett – how old his is, how fast he could run, what he wanted for Christmas, ya know the normal stuff. The days of him hanging out with a feeding tube coming out of his nose and warranting somewhat strange looks from our neighbors in the line are long gone. He’s just a fun little kid! Well, as we are waiting in line still – ice cream melting and this formerly extremely patient dad’s temper beginning to flair slightly – the woman comes back up to us on her way out of the store and hands him a little sleeve of animal toys that she had bought in the line while she was surely as annoyed with the waiting process as we were. She mentioned she had a grandson in Abilene that she didn’t get to see as often as she liked and getting to stand there and talk to Rhett was a highlight of her night. We exchanged “Merry Christmas” wishes and it left Amanda and me with a big smile on our face.

When we found out about Rhett and proceeded to go through that portion of our life we gained a new found hope for humanity and the kind hearts of others through the countless well wishes we received: the encouraging words on Facebook, text messages, iheartrhett.com, and the selfless gifts we received. (I really had trouble with the punctuation on that run on sentence, but it’s the internet and not an English paper so you all will just have to live with it.) It seems like every time we go out with Rhett he brings a smile to people’s faces.

He loves to play and laugh and somehow at three years old has figured out the art to the “just kidding” joke. He surprises us on a daily basis with how smart and flat out funny he is and I can’t wait to see what kind of kid he becomes. 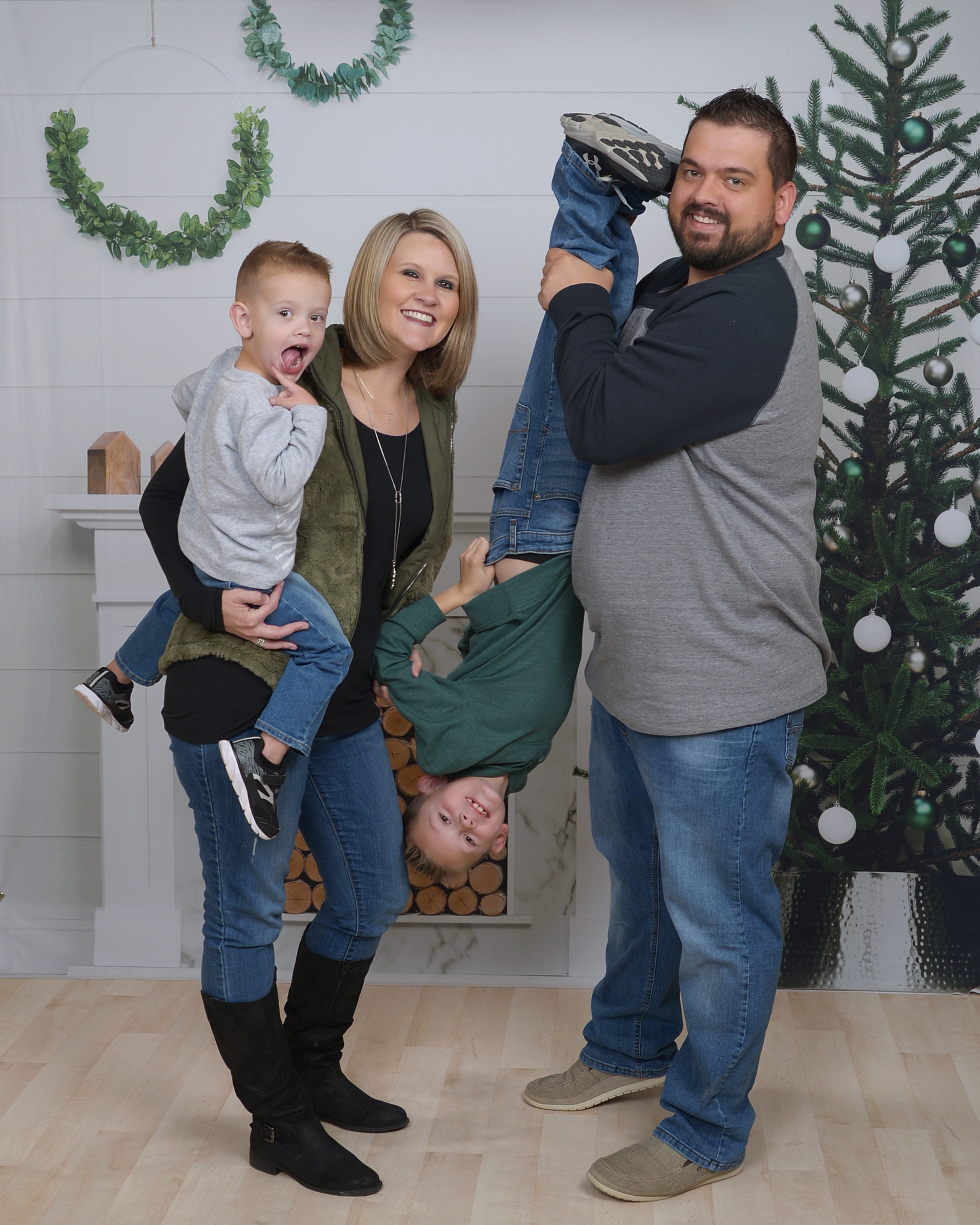 Well, 2018 has come and nearly gone and we haven’t had to think much about the surgery looming next summer, but the scariest surgery yet is quickly approaching. When he was born that first surgery was definitely difficult, but now he can talk and share his feelings with us. How do you explain all of this to a three and half year old little kid? How do you explain this to his 6 year old brother? I’m hopeful that when the time comes, God will give me the words to say to comfort their little minds. I have 100% faith in the doctors and the amazing nurses and everyone else who works at Cook’s to take care of their part of the ordeal, but I am really questioning how our roles as parents is going to go. How will we stand there as they wheel him away surgery? How will it feel when we have to make that lonely walk into the recovery room after surgery? How will we hold it together when he wakes up and potentially has a breathing tube and whatever else down his throat keeping him from being able to tell us how scared he is or how much it hurts. When all we can do is look into his eyes and feel the pain through his tears… what then?

I know it’s coming and it terrifies me daily. The only way out of this is through it and I know he’ll do amazing, he always does, but good grief this is going to suck. There’s no other way to say it really. I know in the end we’ll all be fine and he won’t even remember this probably when he grows older. The plan is for this to be last surgery so long as everything goes well, but that doesn’t make it any easier. I wish we could just go to sleep for 6 weeks and all wake up after it’s all over, but I also know we’ll have to be strong, like we always seem to find a way to do. Amanda is forever the perfect teammate and we’ll manage to get through this and a lot of that will be thanks to you all who have had our backs through this entire thing. We are excited to see what 2019 will bring for this little boy, but we’ll also be trudging towards the dark cloud that is looming late next summer. Until then, we’ll cherish all of the memories we are making and looking forward to all of the ones yet to come.

I can also promise it will not be another 997 days until the next update! My sister and I have already started designing the 2019 fundraising shirt. It still warms our hearts to see people wearing the original team Rhett shirts!