Rhett has really been excelling since coming home after the Glenn. He definitely suffered through the Glenn headaches but it seems to have subsided over the last week or so. He has really improved his eating and it was a pretty special moment that Amanda and I shared the night before the appointment when Rhett drank all 85ml of his bottle. Watching her mom is one of my favorite hobbies. One moment she will show pure determination and the next she will switch to complete nurture mode to make sure he and Talon are okay. She’s the bee’s knee’s. 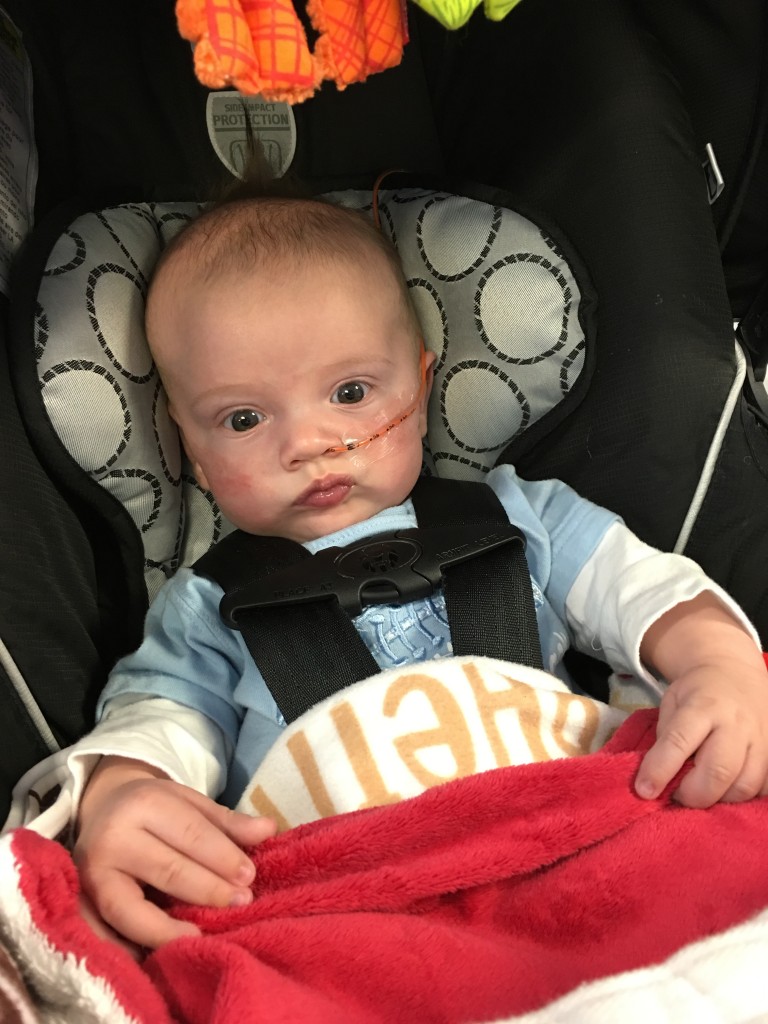 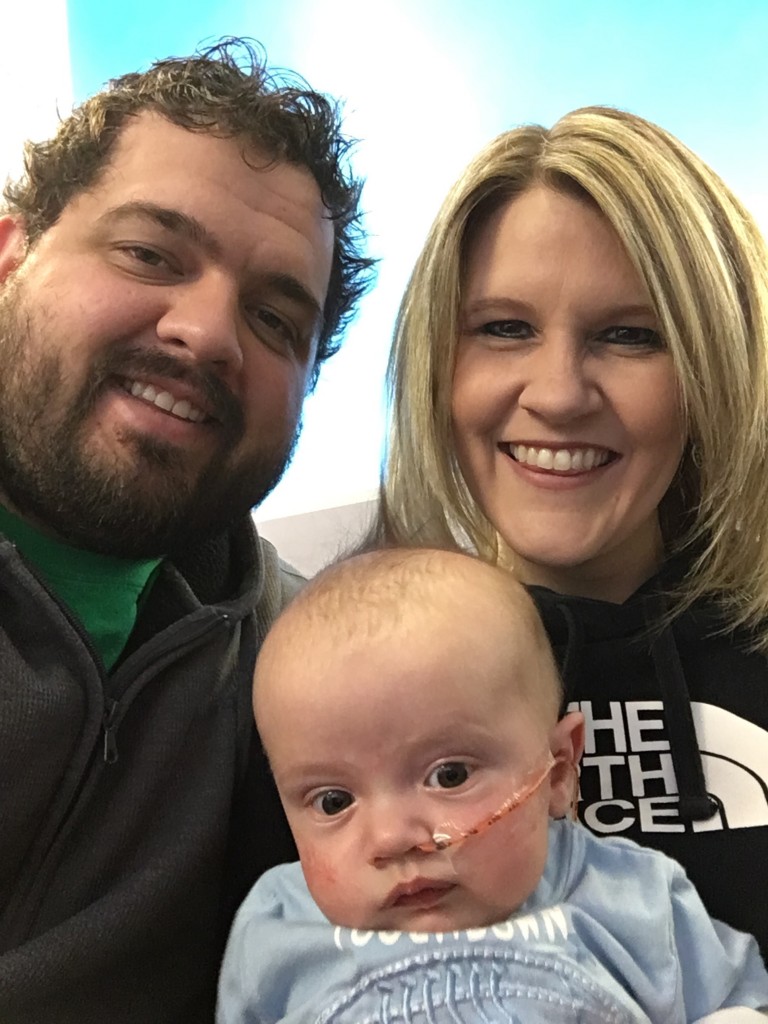 They took us back for an echo and then escorted us to go get an xray and then back to the room to wait for Dr. Roten. When she came in she said she was very pleased with what she saw on the EKG, echo and xray, so that was good news. She said that his heart is performing well, but that she is still hoping for it to work a little bit better. But hopefully that all comes with him growing and just getting stronger in general.

Next we talked about his eating. She said that as long as we can get him to eat between 550ml and 600ml a day that he could come off of the tube. Obviously that is exciting, but he still hasn’t quite managed to just completely kick butt on eating. He’s really doing well and we are pleased with the progress, but for now we are going to leave the tube in until he actually does eat 550ml during the day. We have moved up from 85ml per feeding to 100ml per feeding and Dr. Roten said we can start introducing rice cereal! 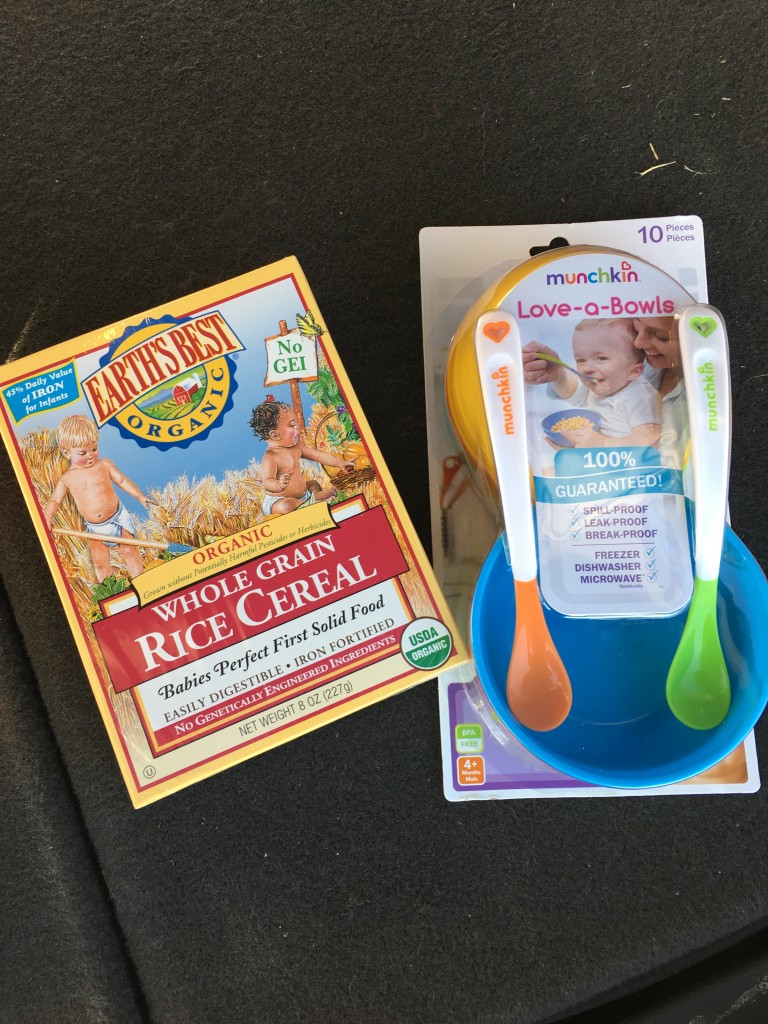 It’s funny because when all of this was happening all we were thinking about was that first surgery. We didn’t even really process that Rhett is going to grow up and do things! We are pretty sure he has been teething because he’s been munching on his hands, he laughs and smiles, and now he is going to be eating from a spoon! Every small milestone feels like we’ve climbed to the top of the mountain and we are over the moon excited about the progress he has been making.

After meeting with Dr. Roten, Crystal from Dr. Tam’s office came in and checked on Rhett’s incision and said it was looking great! We left there and went and picked up Raisin’ Canes chicken to have a late lunch with our friends from Team Dax. It’s always great catching up with them and we are so thankful to have someone who we can be close to who understands everything that we are going through. I think we have all been able to be each others voice of reason as we all tackle this together. Dax is doing really good too! He had his Glenn last week and was already up on P3 to recover.

We are finally finding a new normal and he has started sleeping in the co-sleeper next to our bed. 4 months Amanda and I went without sleeping in a bed together and it has been so nice to get to share our bed again. Talon is finally starting to get used to being home I think too. He’s done really good about staying in his room for most of the night, even though is crazy and still stays up way too late. It’s hard on him I think to have to go to bed when he knows we are still in the living room with Rhett since his last feeding before we go to bed is at 10:00.

I’ve been having to work really late over the past few weeks and Amanda has been really doing amazing and keeping the family and house in order until I can finally get home. I’m hoping that things will slow down here soon so I can leave on time and spend time with the family.

Next appointment is with Dr. Roten on March 21st!

ECI (Early Childhood Intervention) is coming out to hour house on February 16th to check on how Rhett is developing, so I’ll post an update after their visit. Rhett is still a little slow on holding up his head, but he seems to get better and better every day. Ready for him to be big and strong!!