Well, we were stuck in a holding pattern, but I think thinks are about to start heating up. Yesterday we officially reached the Rhett’s insurance new year…haha! Anything for the next year will fall under the same insurance year plan which is great! It’s going to be a long year full of doc visits, hospital stays, two surgeries, and of course having a baby!

Yesterday we met with Pigpen for a sonogram and everything checked out normal (except the heart of course). We saw an ear, he stuck his tongue out, and we saw a hand. Measuring at a perfect 25 weeks and 6 days and is weighing almost 2 lbs. Amanda has gained 6 lbs since her last visit (sucka). I really like Dr. Thigpen, but he takes terrible pictures. The one we got looked like a middle finger and I think it was supposed to be Rhett’s face. Oh well, he’s in there and he’s facing down now (apparently a good thing), and he’s growing just fine. I’ll take it!

I wish y’all could set Talon talk to Rhett every night and will stop down throughout the day to give him a hug. Talon is obsessed with babies and wants to hold them whenever he get’s the chance. He always wants to share his things with him and tell him goodnight instead of momma. Talon is starting to get really funny! I can definitely tell that he get’s his funny bone from me even though he may not have my blood in his veins, he’s got my comedic spirit and he loves pizza. Gotta thing those are my fault.

Pigpen said his heart looks to be doing the job right now but as he grows and depends more on Amanda’s heart to pump to his lungs and all that stuff it could get a little more dicey and could lead to heart failure. Hopefully that’s not the case, obviously, but at 31 weeks he’s going to start seeing Amanda every week until Rhett is born just to monitor everything really closely.

We are feeling really good about things right now. We hadn’t really thought much about the worst case scenario happening until we saw the news that Randy Rogers’ baby passed away. Apparently there was something wrong with her brain that no one could see before hand. Keep praying and keeping us and Rhett in your thoughts. We are ready for him to be here and get started on getting through all of this.

I saw this video a couple weeks ago and it brought tears to my eyes. I think I watched it twenty times. It’s a slightly different situation than what we’re going through but the underlying emotions really struck a chord.

“Cause dad’s are supposed to be heroes aren’t they? I think I was expecting to have a baby and suddenly be transformed into this person who knew how to deal with any situation” He goes on to say “I wasn’t supposed to be the hero in all of this, there were plenty of them; doctors and nurses and physios and paramedics and the little girl who really showed me what it means to be brave and determined and strong. She taught me that just being dad is more than enough.”

We were at Sam’s yesterday and I found this. I told Amanda to start taking this and maybe it would help… Ha! 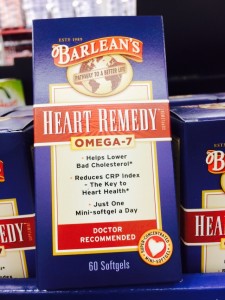 I love that we can laugh our way through this. She’s the best partner I could ever ask for.